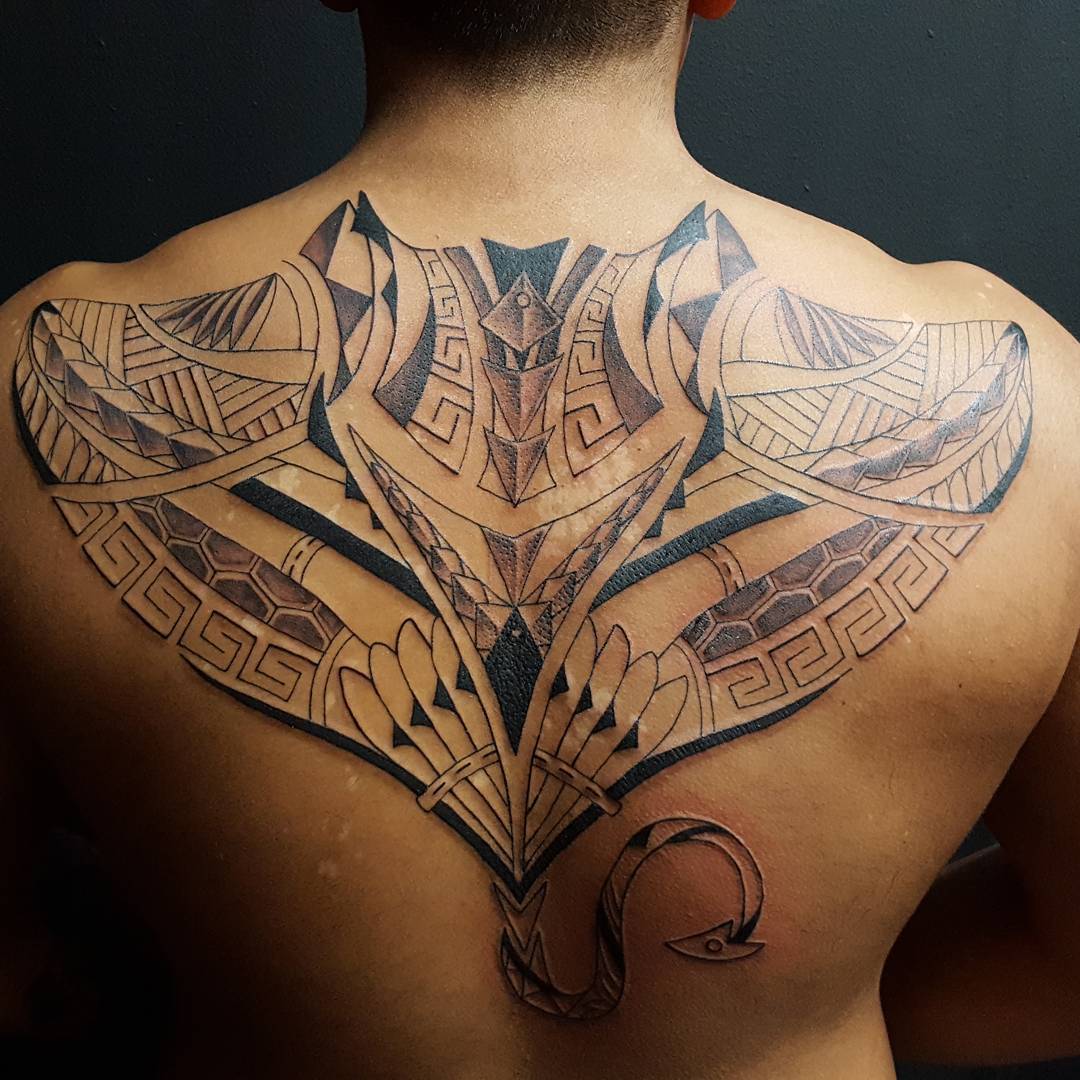 When choosing a tattoo, there’s a lot of fish in the sea, they say. And yes, the pun is intended as there really is a lot of fish species to choose from for a tattoo. And if you want to bring a piece of the sea with you anywhere you go, we say choose one of the most unique fish (well, a cartilaginous fish) and those are the stingray tattoos ideas and designs available everywhere.

But why is it well-favored? Why should you choose it when you want to be unique? What’s in it and what does it represent?

You might have a lot of questions about why out of all the fish in the sea, we suggested stingrays but hear us out. Such tattoo design actually has a lot of meanings and representations. Aside from that, it definitely has unique aesthetics to it. But let’s dive deeper into the significance that it holds first before you give it a go, shall we?

For many people, the stingray isn’t just a mere fish in the ocean. Apparently, they see it as an animal with many meanings and representations. For the spirituals, the stingray is also one of the spirit animals that symbolizes maneuverability who can make your journey in life more worthwhile.

The stingray also has the ability to blend into the environment. And because of this, people see it as a spirit animal who can create peace and harmony. It also reminds you to choose your battles; you don’t always have to react to situations because sometimes, it’s better to step back and no engage. Instead, it will remind you to only be aggressive when you are threatened or provoked.

Different cultures also have their own interpretations of stingrays. For instance, in the Philippines, some people believe that it is a weapon to scare the aswang, a shape-shifting evil spirit in the Filipino folklore. According to legends, you can use the stingray’s tail as a whiplike weapon to ward off aswangs and other similar mythical creatures. Some Filipinos also use it as one of the remedies to kulam, a Filipino term for witchcraft. With this, the bewitched person is whipped until the afflicted is forced to say the witch’s name in belief that the one who is getting hurt is the witch and not the bewitched.

People also made use of stingrays for combats. Ancient Filipinos, for instance, used stingrays’ tail with a sword.

Stingrays have been used in Polynesian tattoo designs. While they aren’t that popular, it still is loved by some people. This is because aside from its meanings and representations, it is also a type of tattoo that you can wear no matter what your gender orientation is. On top of that, it’s easy to get more creative with it. Here are some ideas on how you can own stingray tattoos ideas and designs.

Since stingray tattoos ideas and designs are a popular choice in the Polynesian culture, it’s not that hard to find inspirations from other tribal tattoo designs. The Disney animated movie Moana has contributed to its popularity too. So whether you want to show off your Polynesian culture or even if you’re just a big fan of Moana, it’s a kind of tattoo design that we highly recommend. For this tattoo, you have a lot of design options as there are plenty of Polynesian tattoo symbols for you to choose from and combine. 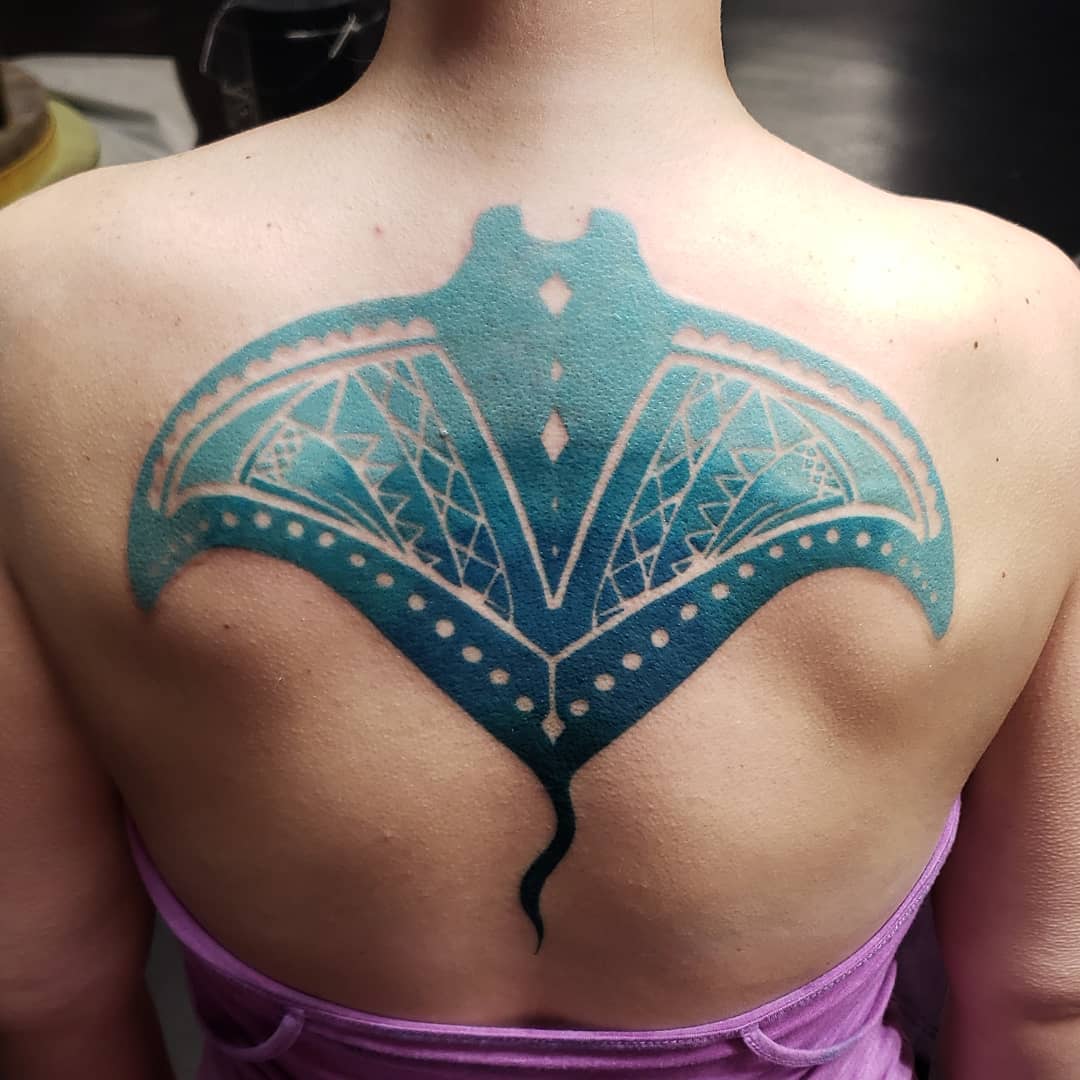 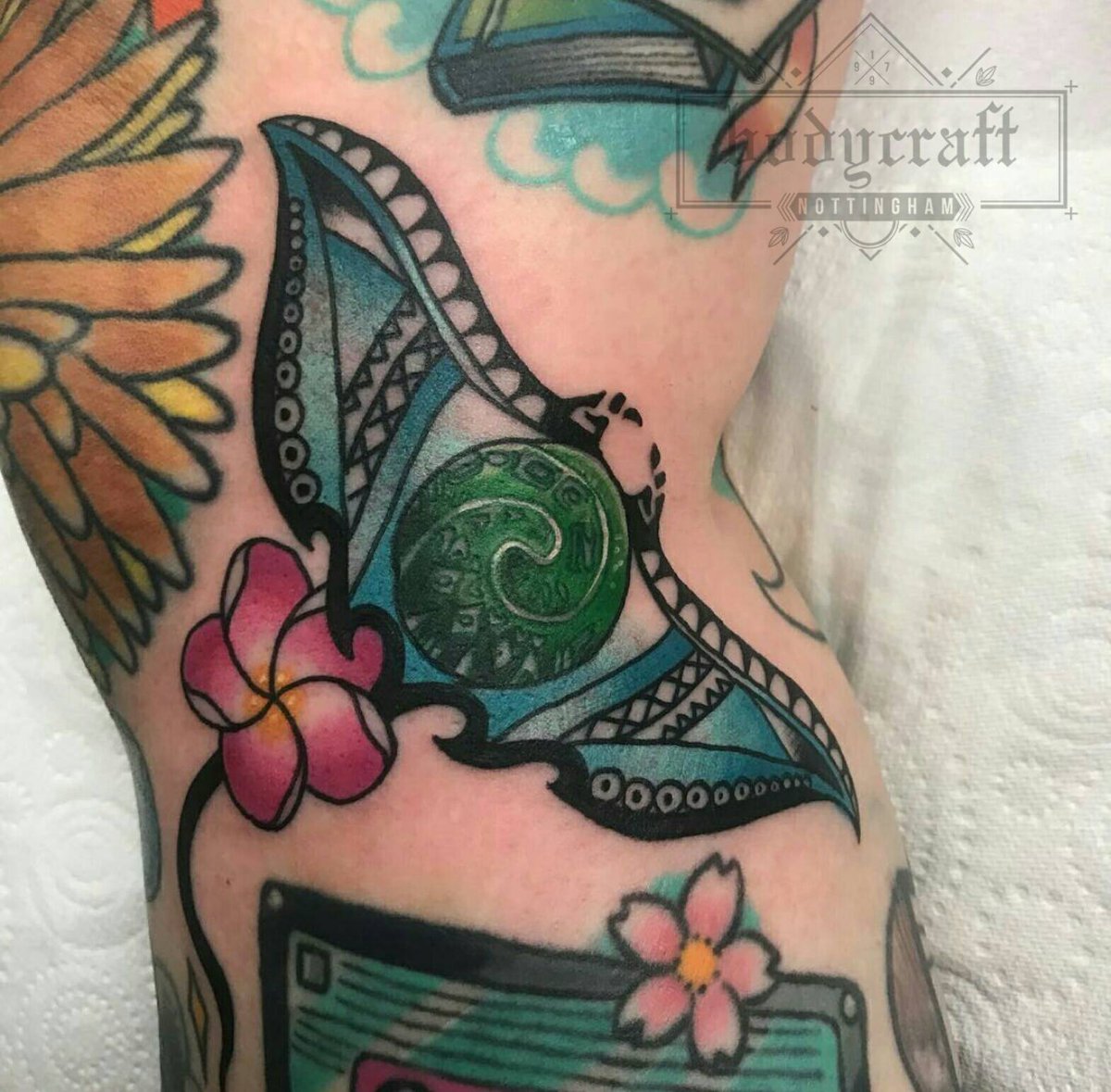 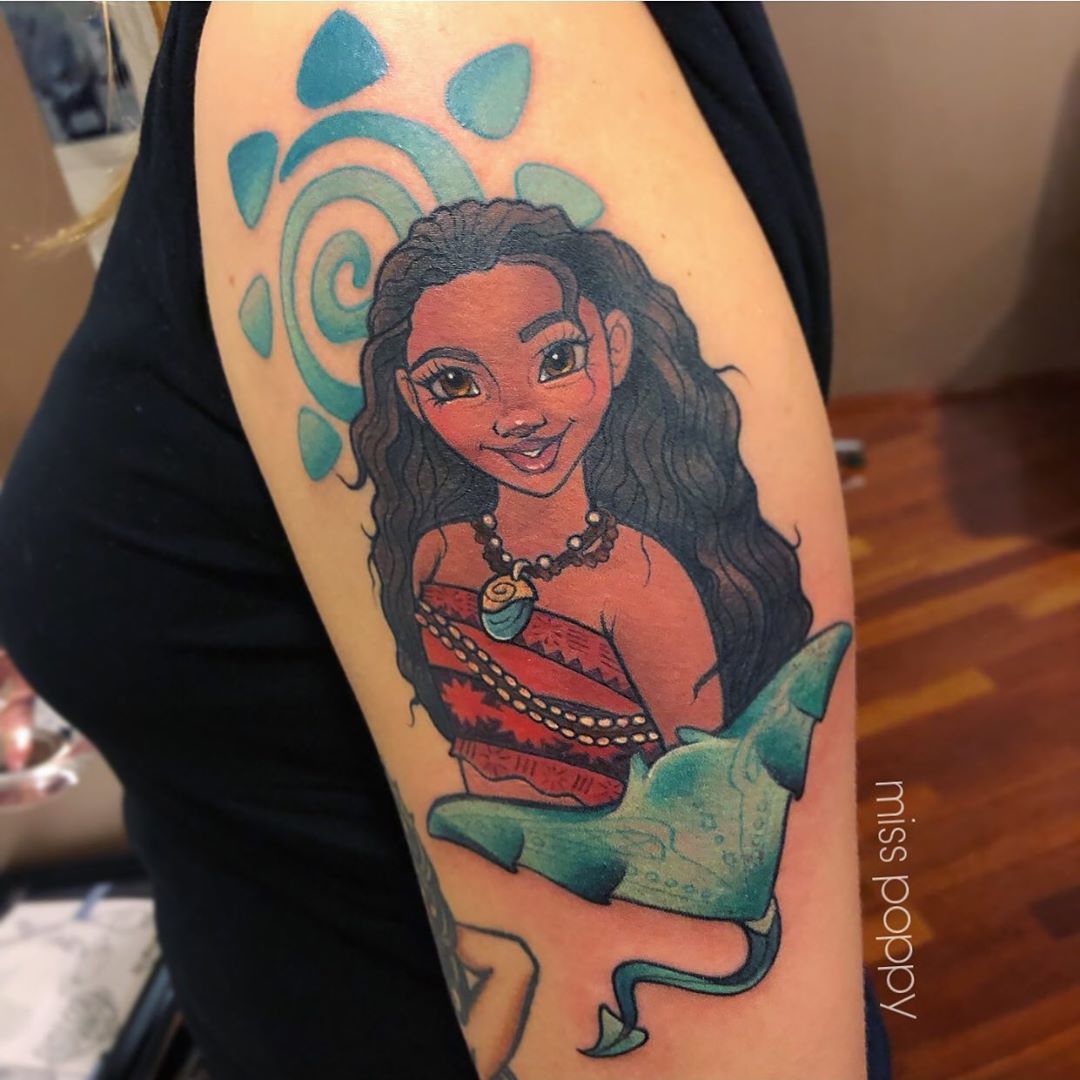 An image of Moana paired with Polynesian stingray and sun tattoos

A tribal stingray tattooed on the right arm

A tribal stingray tattoo etched on the left chest 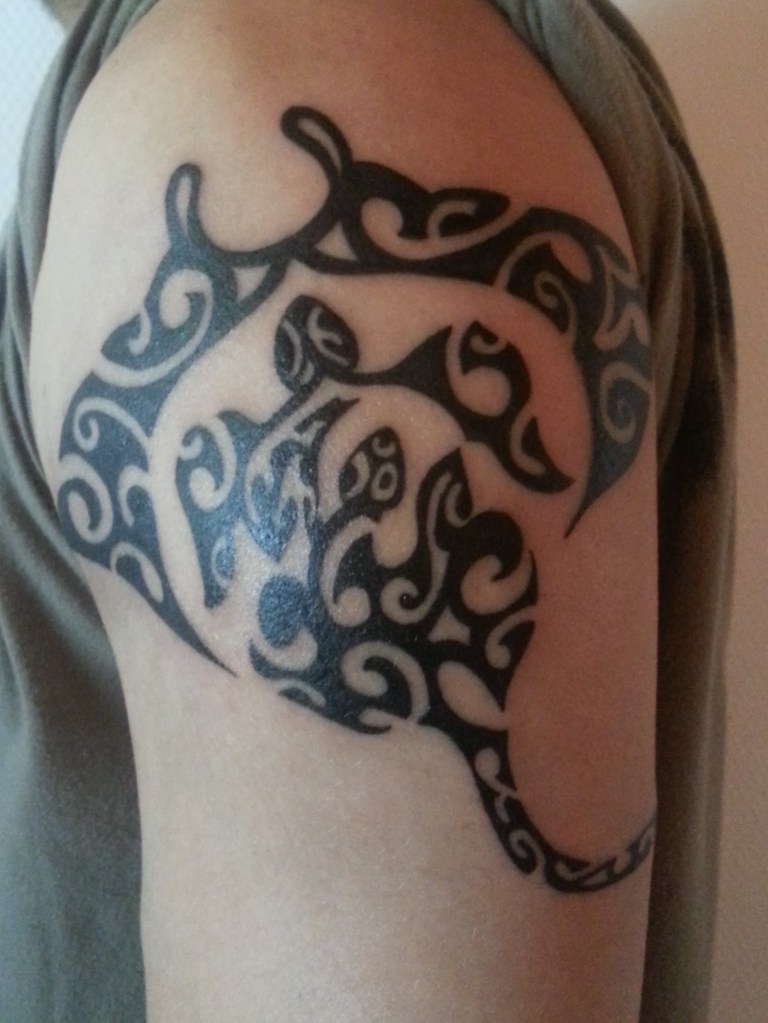 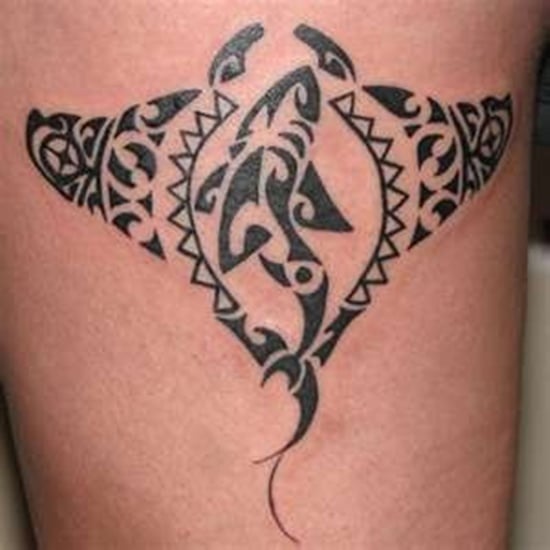 A combination tattoo of tribal shark and stingray

Sailor Jerry has contributed a lot to the world of body art. From pin-up girl tattoo designs to the newest symbol in the world of tattoo, you will surely find a version inspired by his style. Stingray tattoos are no different. It’s not that hard to find Sailor Jerry-inspired tattoo versions of the stingray. So if you love his style, it is definitely the design that you should not pass on. For this tattoo, people often go for multiple ink colors. 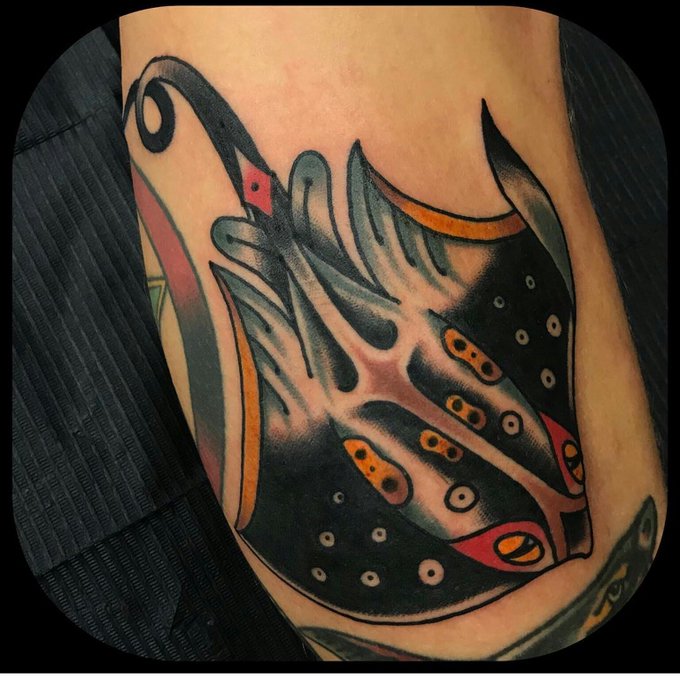 A Sailor Jerry-inspired stingray tattoo swimming in a downward direction 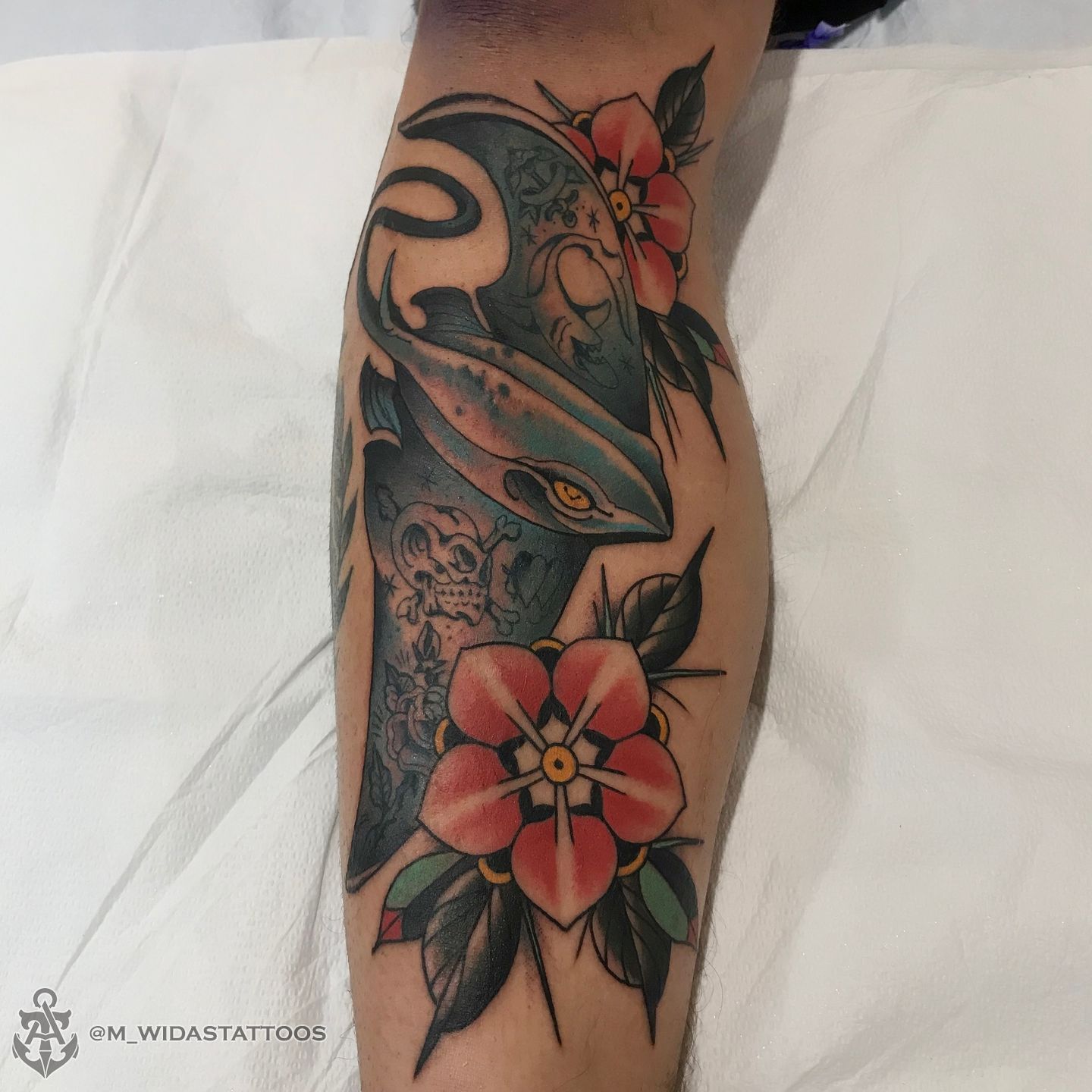 A traditional stingray tattoo paired with flowers and other symbols 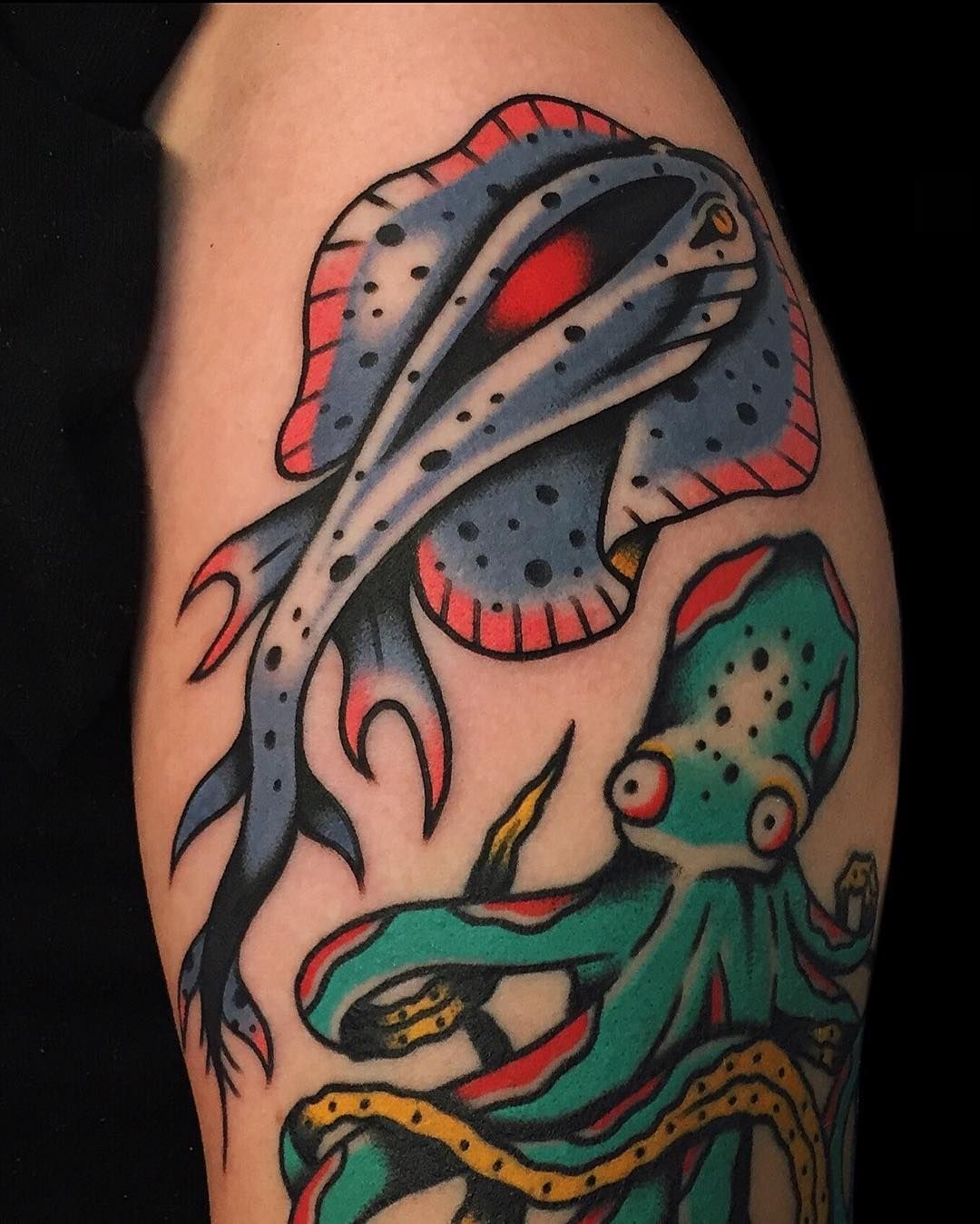 A stingray tattoo paired with an octopus

Stingrays, needless to say, live underwater. And it is a breathtaking sight to see them swimming in their own habitat. If you love the ocean and this kind of sight, it’s a tattoo design that we highly recommend as well. For this tattoo, people often go for bigger tattoos, as well as sleeve tattoo designs. 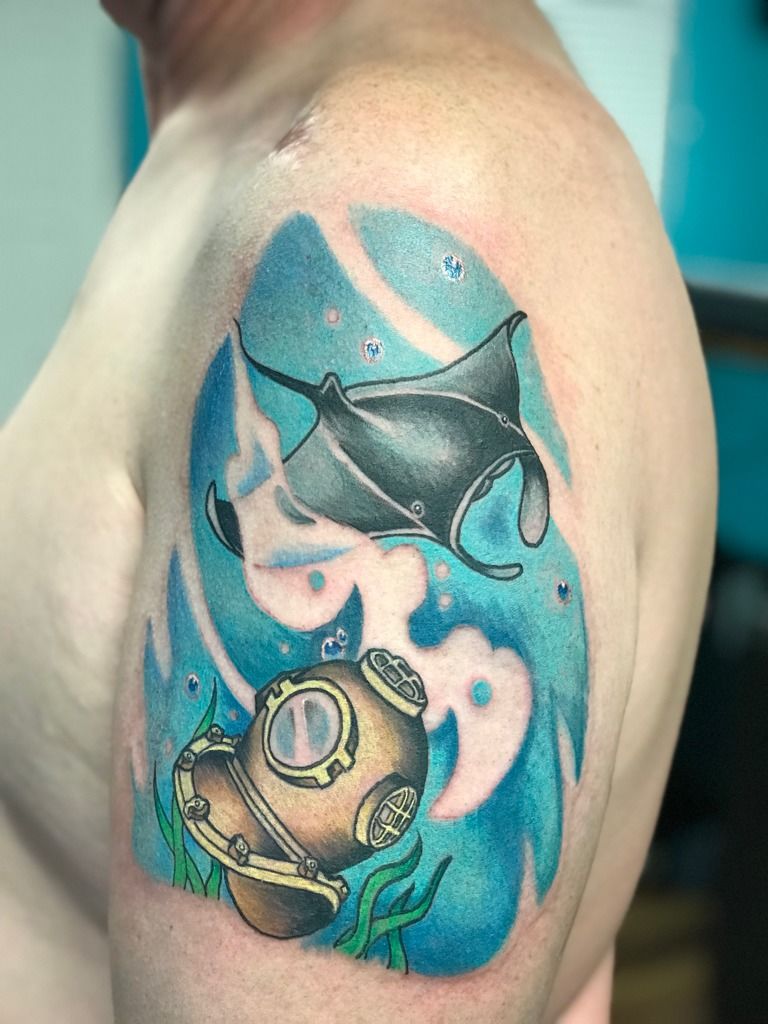 A stingray paired with a helmet diving equipment underwater tattoo

A playful and cute cartoonish tattoo of a stingray, fish, and cat underwater 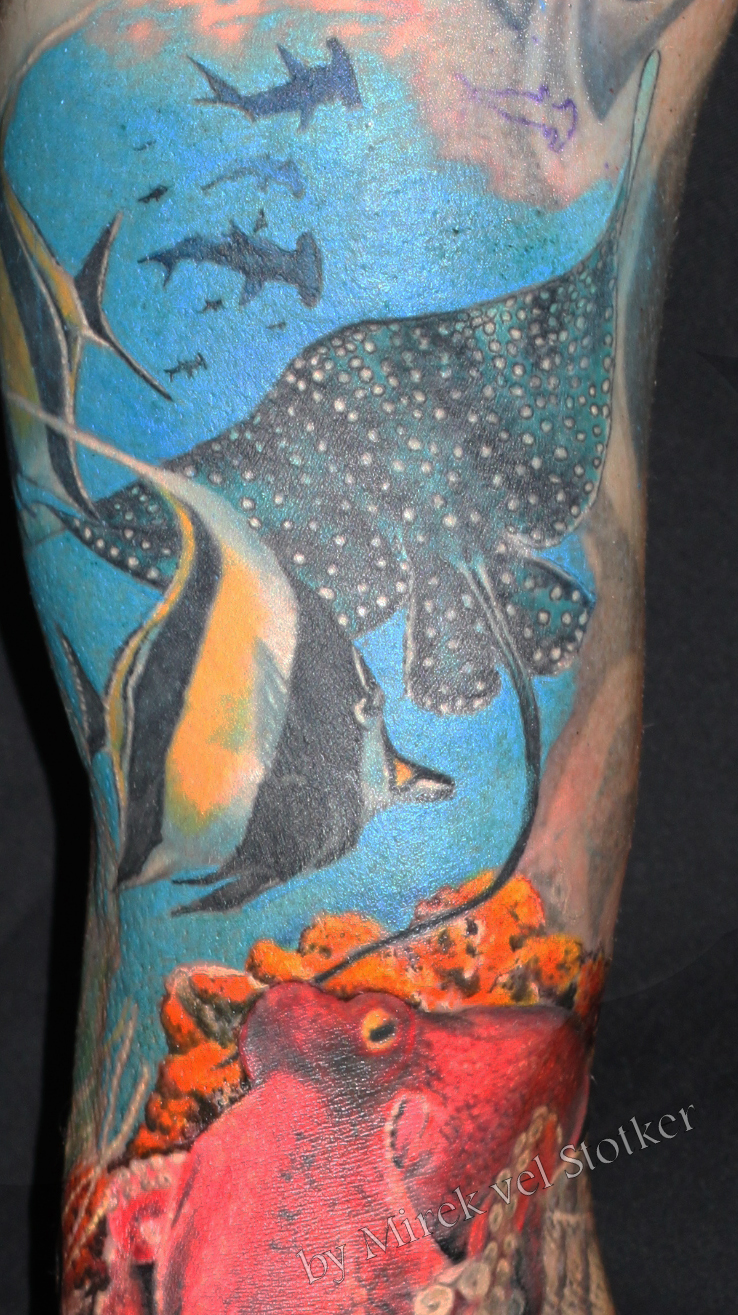 A tattoo of stingray swimming with octopus, sharks, and other fish 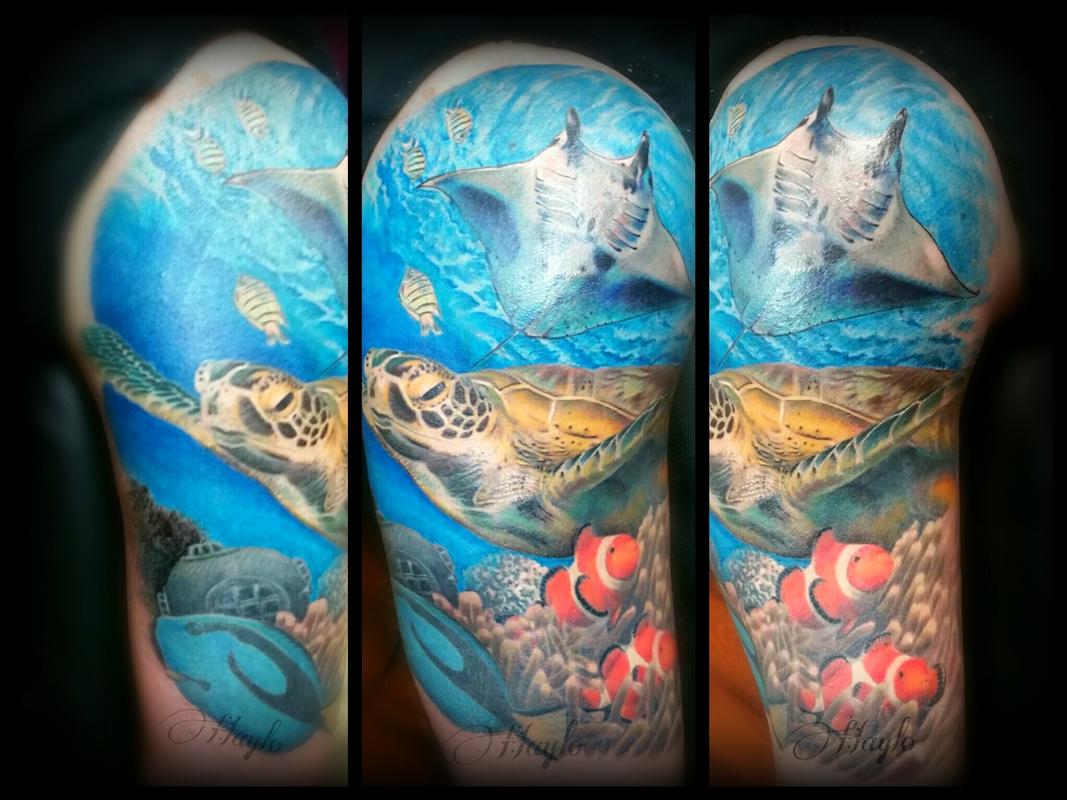 Flowers are very versatile tattoo designs. Anyone can wear them and anyone can pair them with other designs. Plus, with countless flower species and colors to choose from, you will surely never run out of choices. Of course, each of them has varied meanings and representations too. For this tattoo, many people go for flowers that are often found in tropical countries to match the summery vibes of stingray tattoos. But there’s actually no rule. You can choose whatever flower to pair with your stingray tattoos ideas and designs. 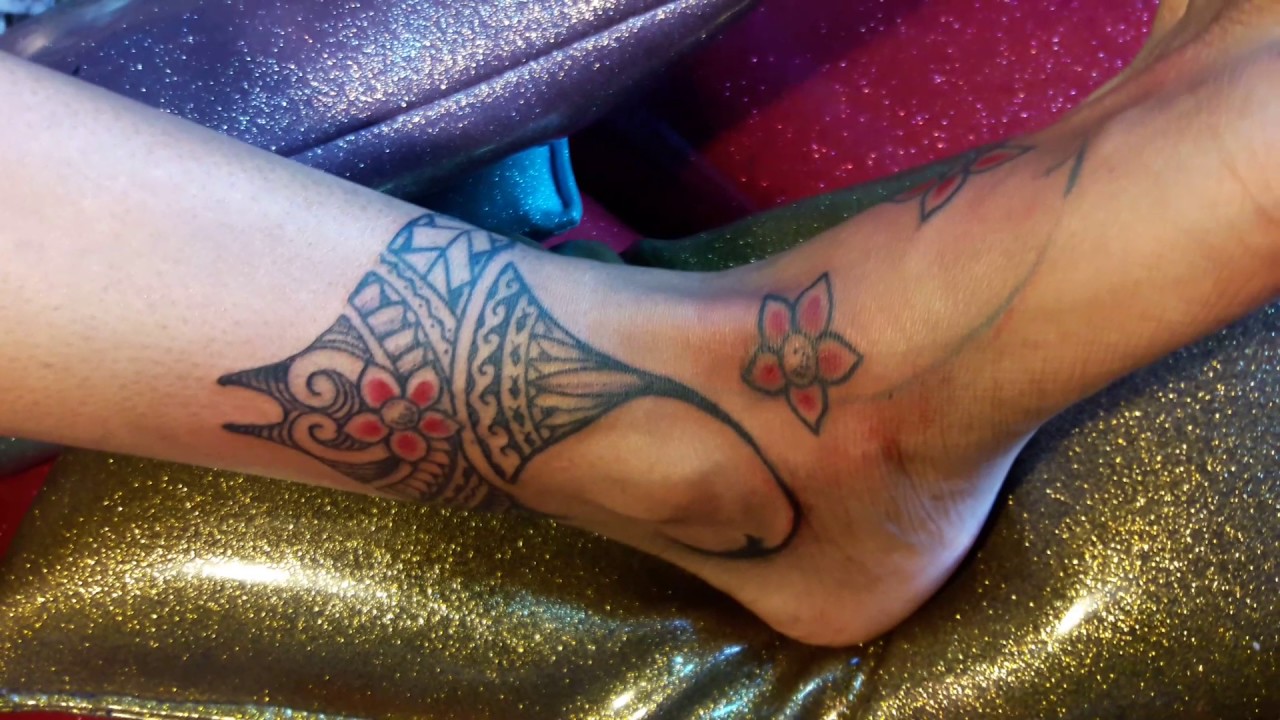 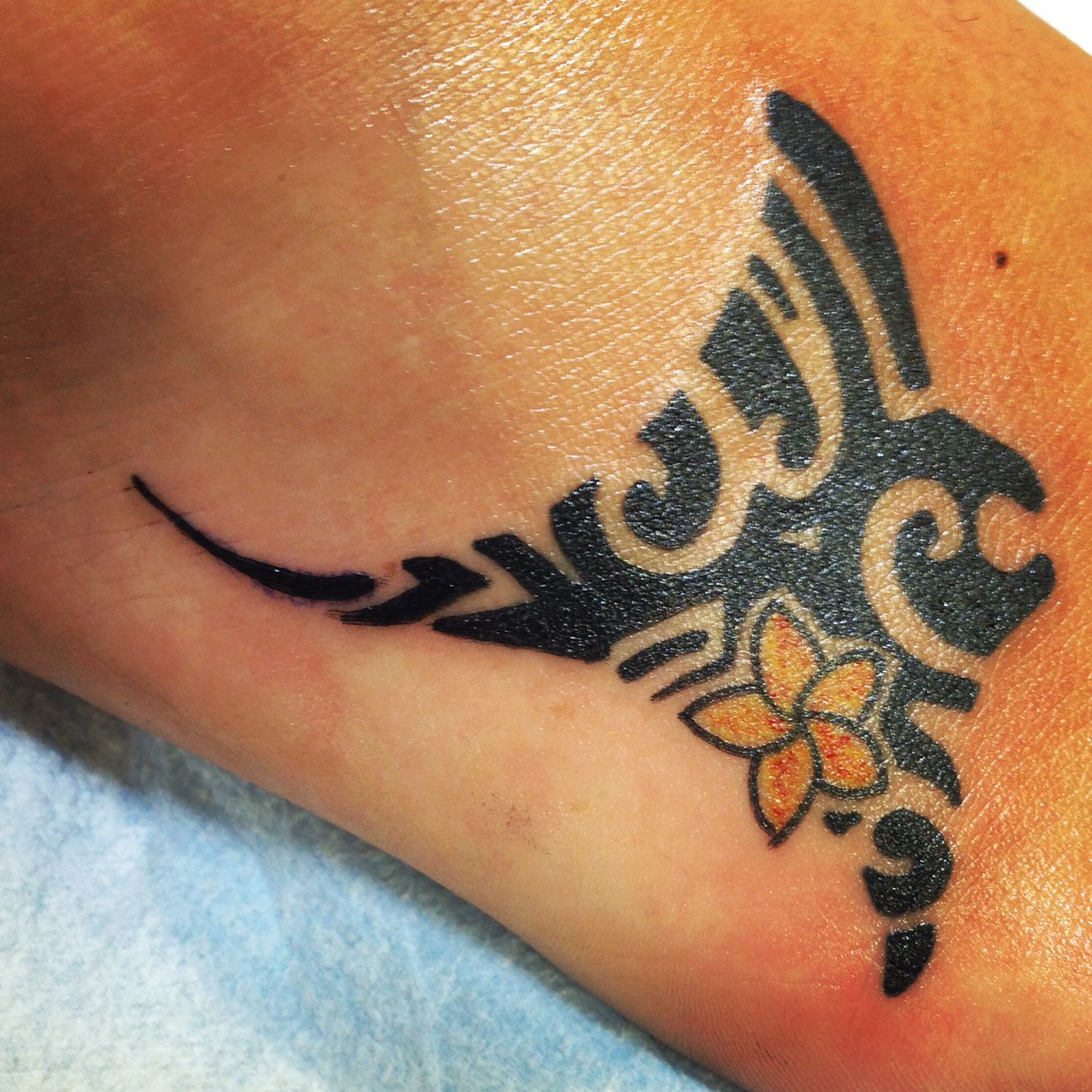 A blackwork tribal stingray tattoo paired with a yellow plumeria 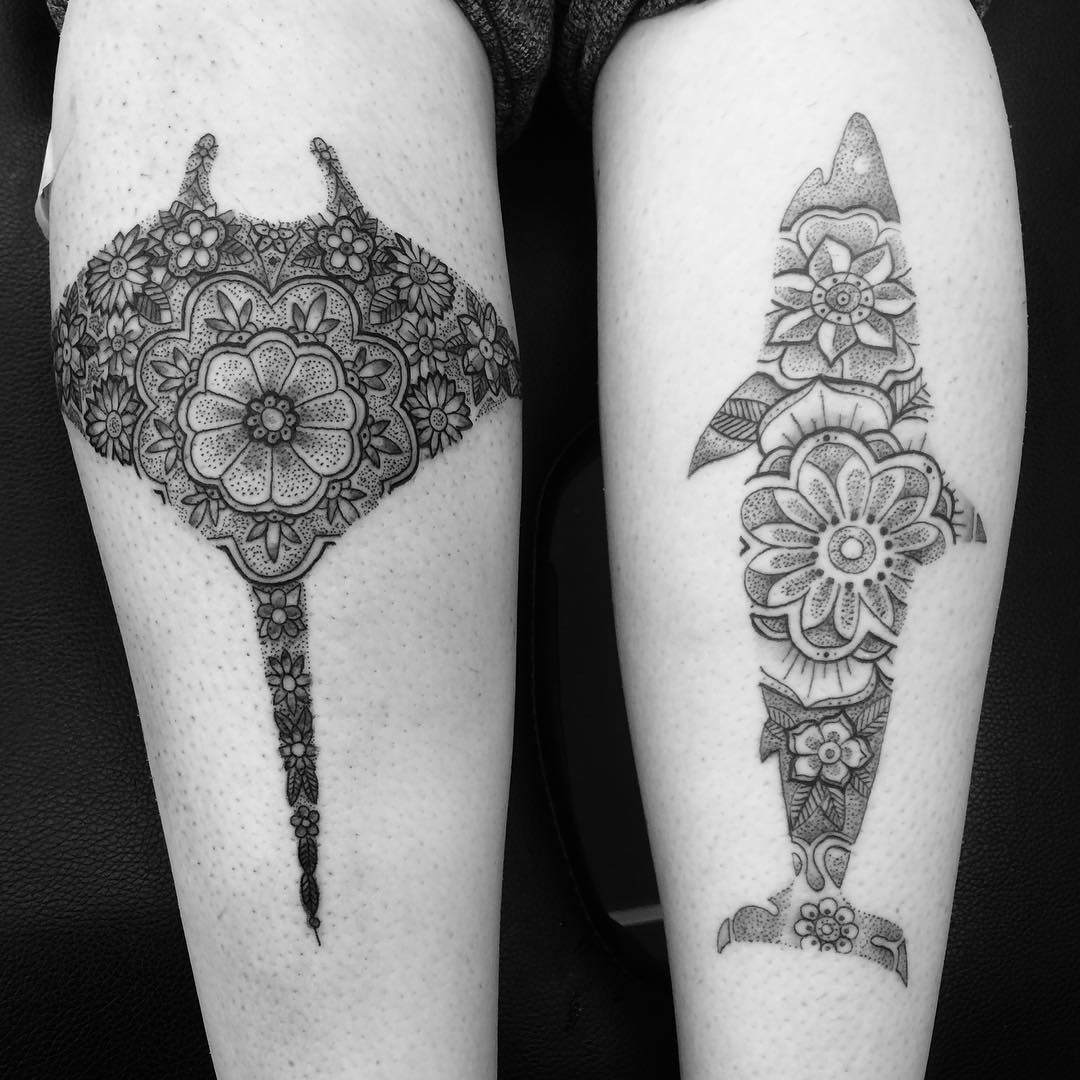 A stingray thigh tattoo paired with flower and mandala tattoos

A Polynesian tattoo with stingray, hibiscus, and plumeria 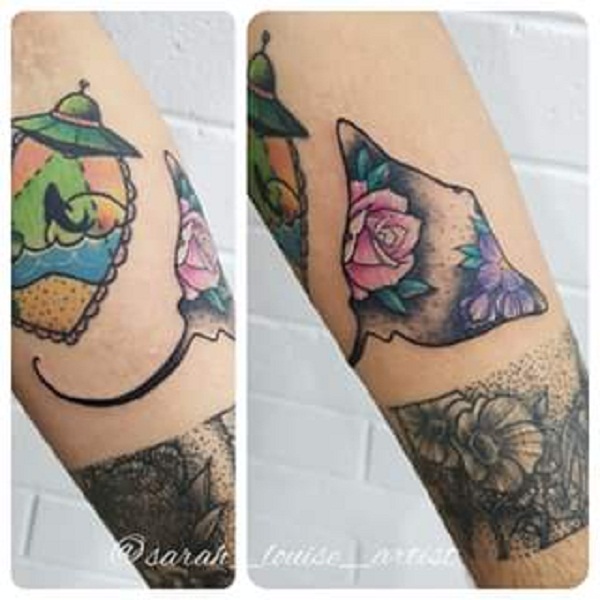 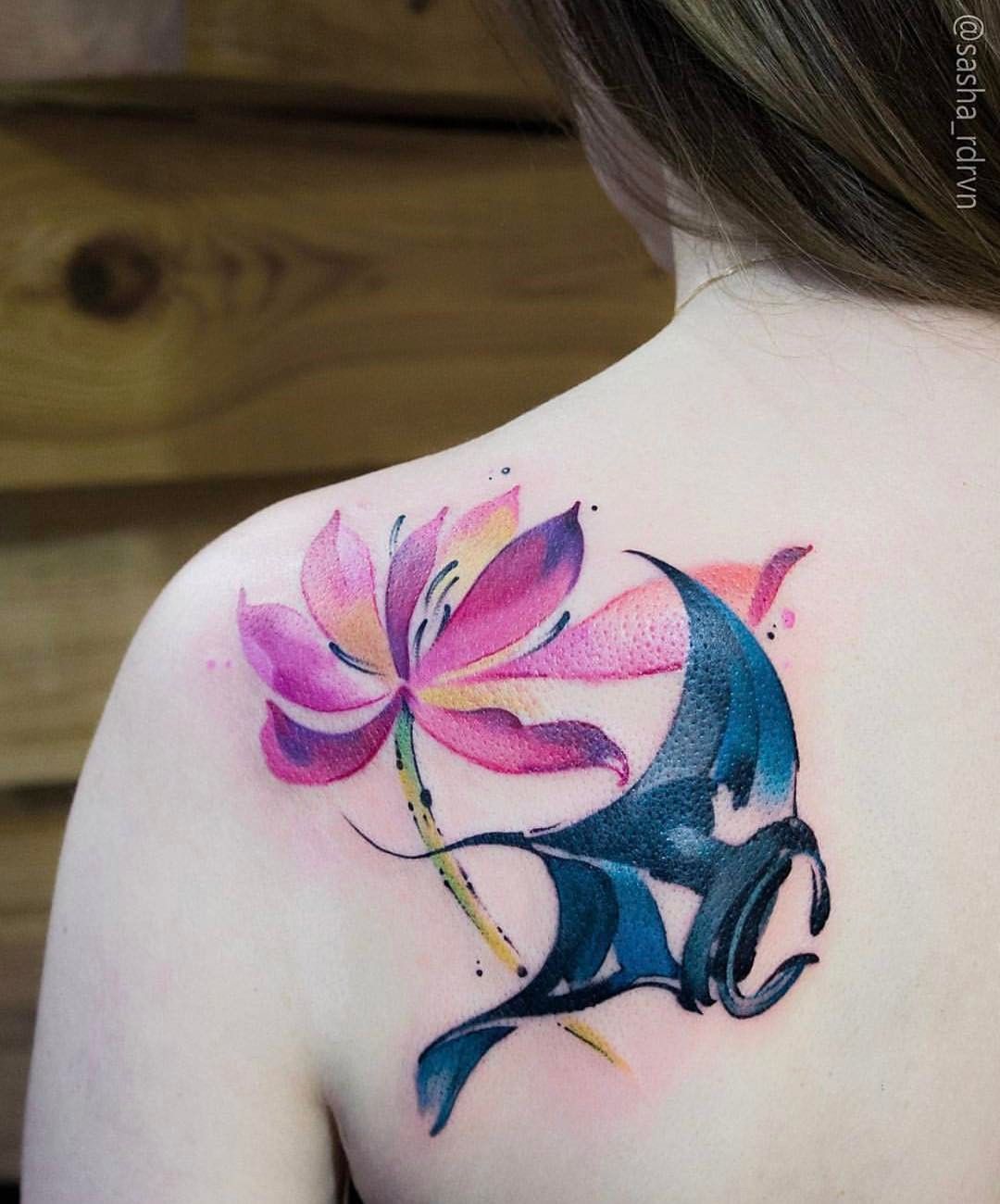 For people who like to go for simpler details, minimalist stingray tattoos are what we recommend. For this tattoo, you can just etch a stingray outline on your skin or just a realistic or simple stingray tattoo paired with no other tattoo symbol.

A plain stingray tattoo placed on the back of the shoulder

Another plain stingray with nice shading placed on the forearm

A stingray tattooed on the leg

A dotwork stingray tattoo placed on the right arm

A stingray tattooed just below the left collarbone 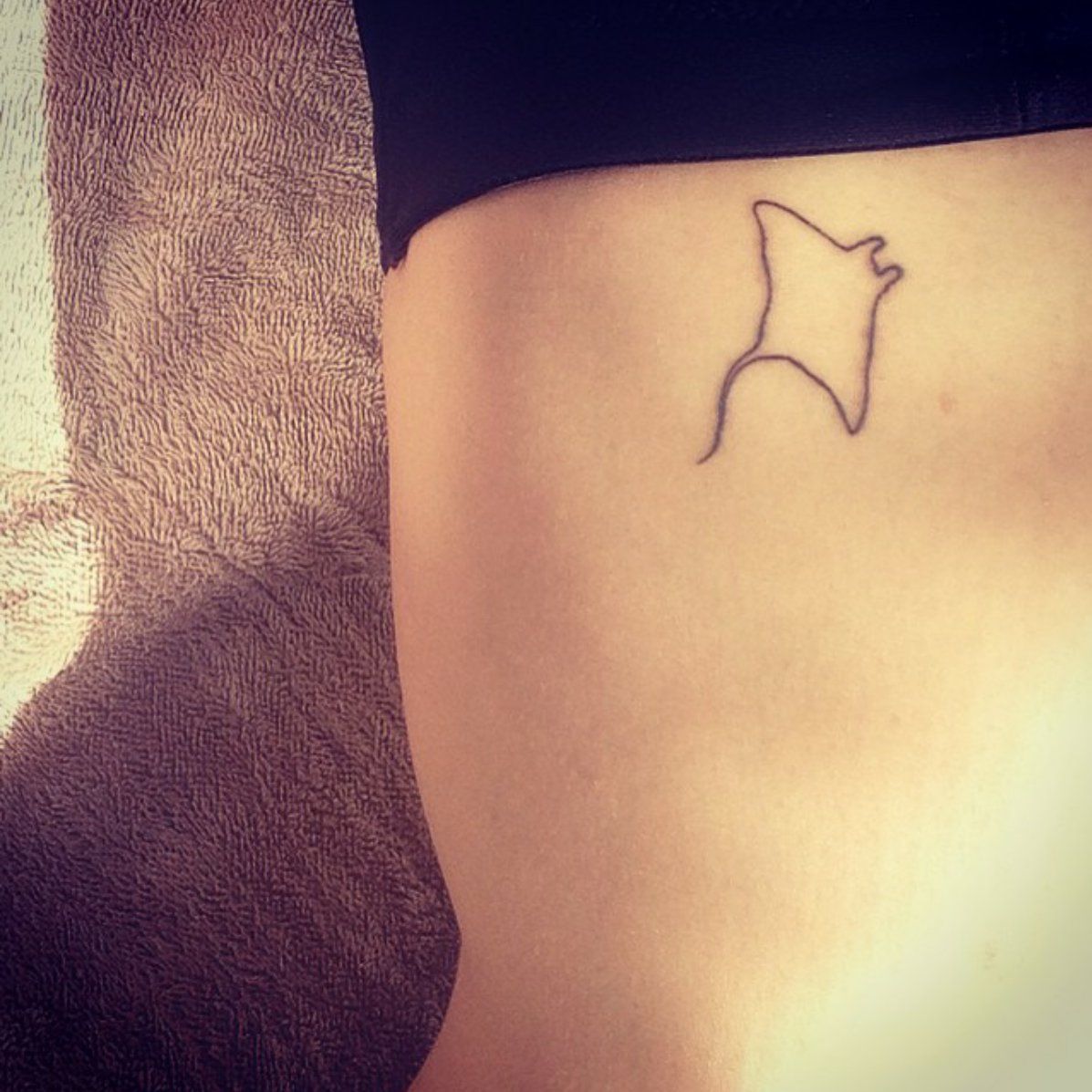 A plain stingray outline tattoo etched on the ribs 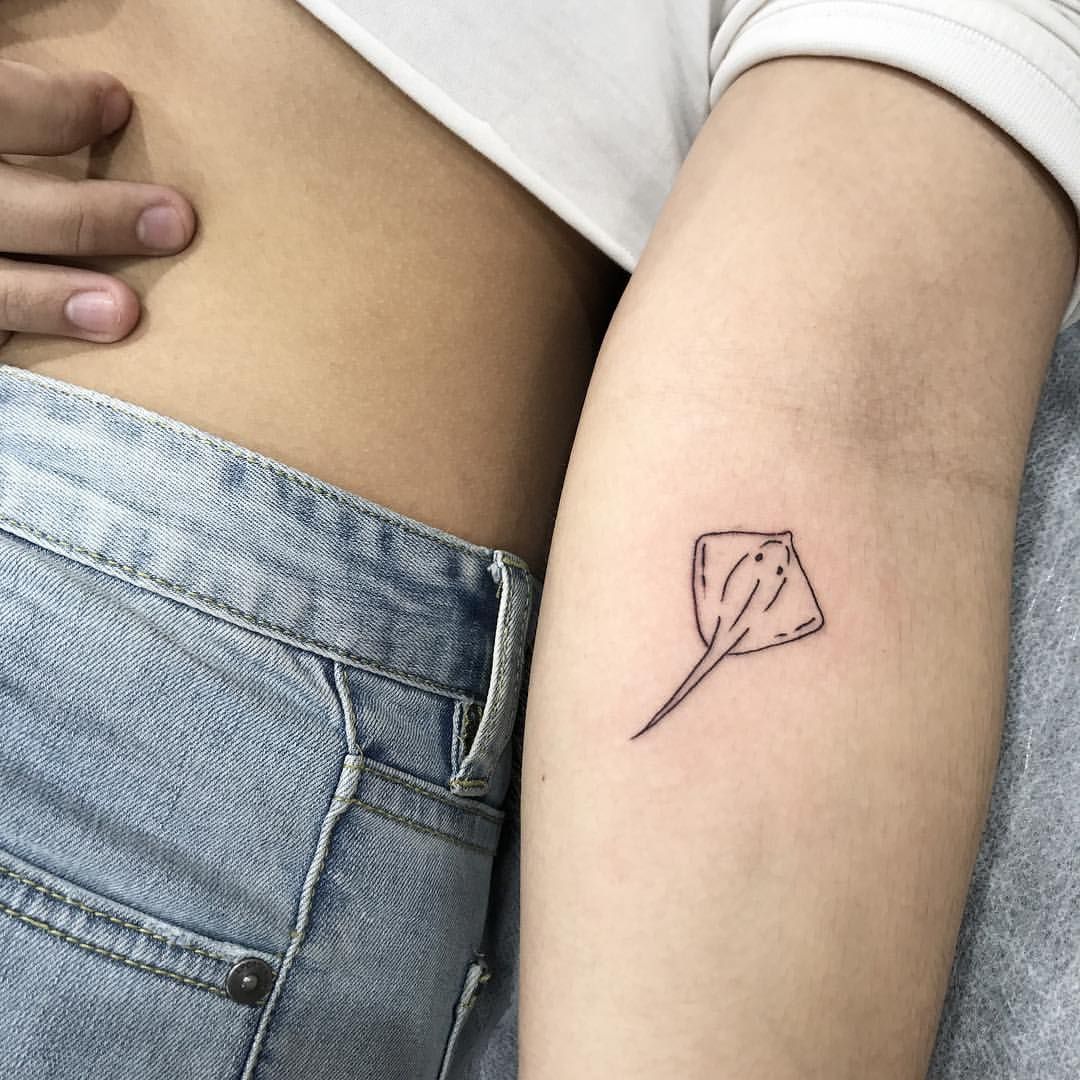 A cute outline tattoo of  a stingray with subtle line details 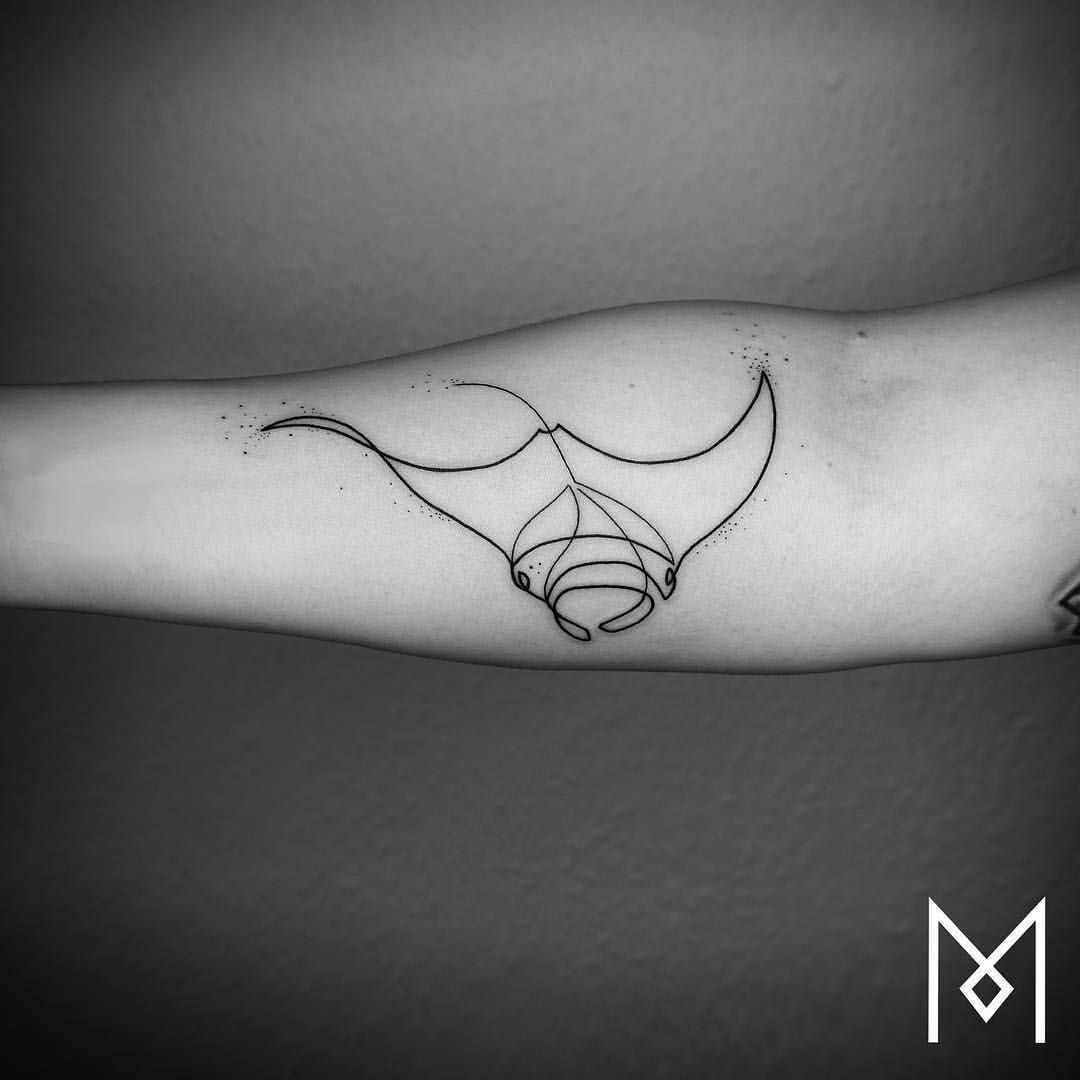 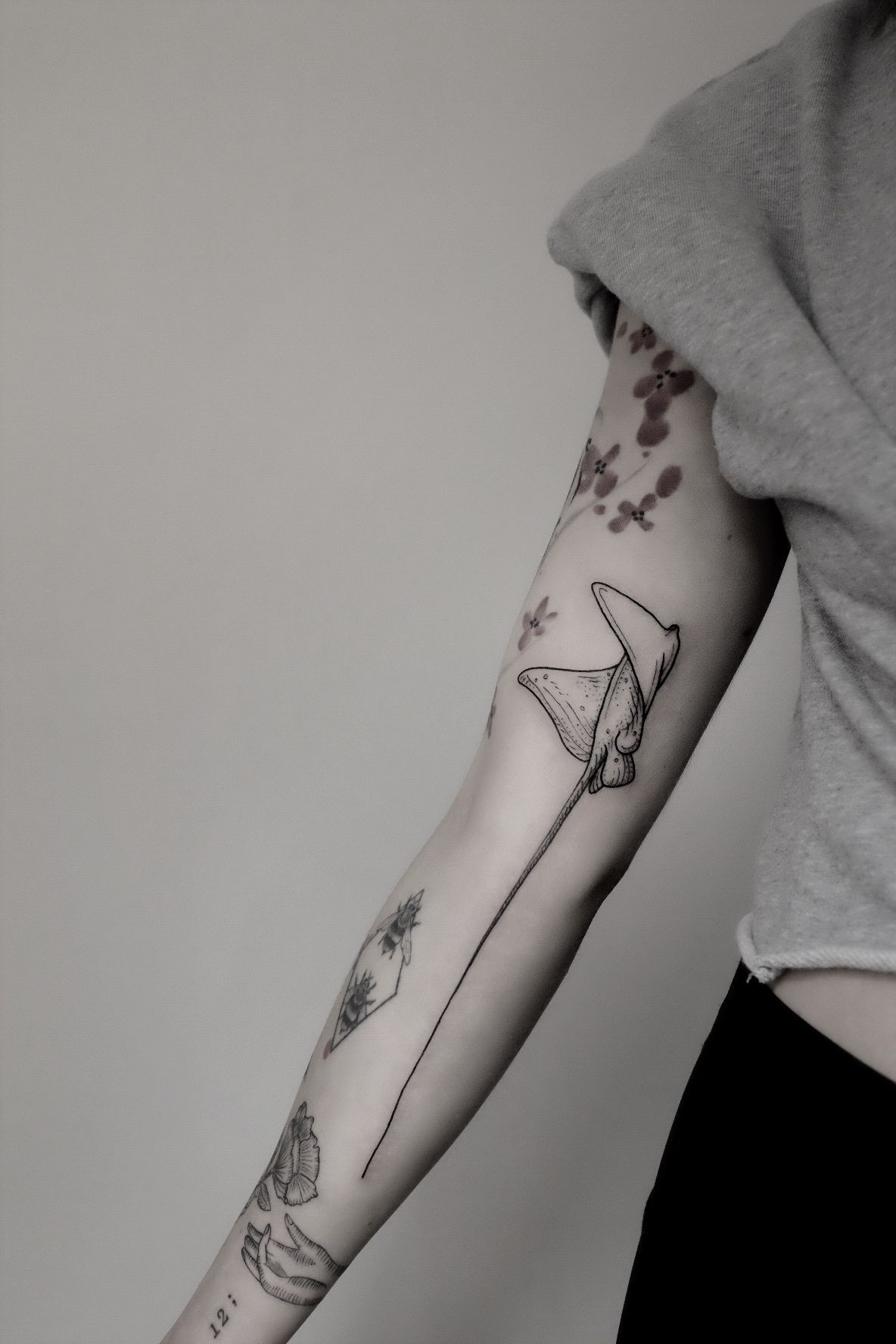 A close-winged stingray tattoo placed on the right forearm

A tribal yet minimalist stingray tattoo placed on the left ankle

Simple stingray tattoos on the ribs and on the forearm

Watercolor details are definitely eye-catching. However, for this tattoo, people go for colored designs to really get that artsy feel. But it is a must that you go to an expert artist for this to capture the exact picture that you have.

A watercolor stingray tattoo in shades of blue and purple ink 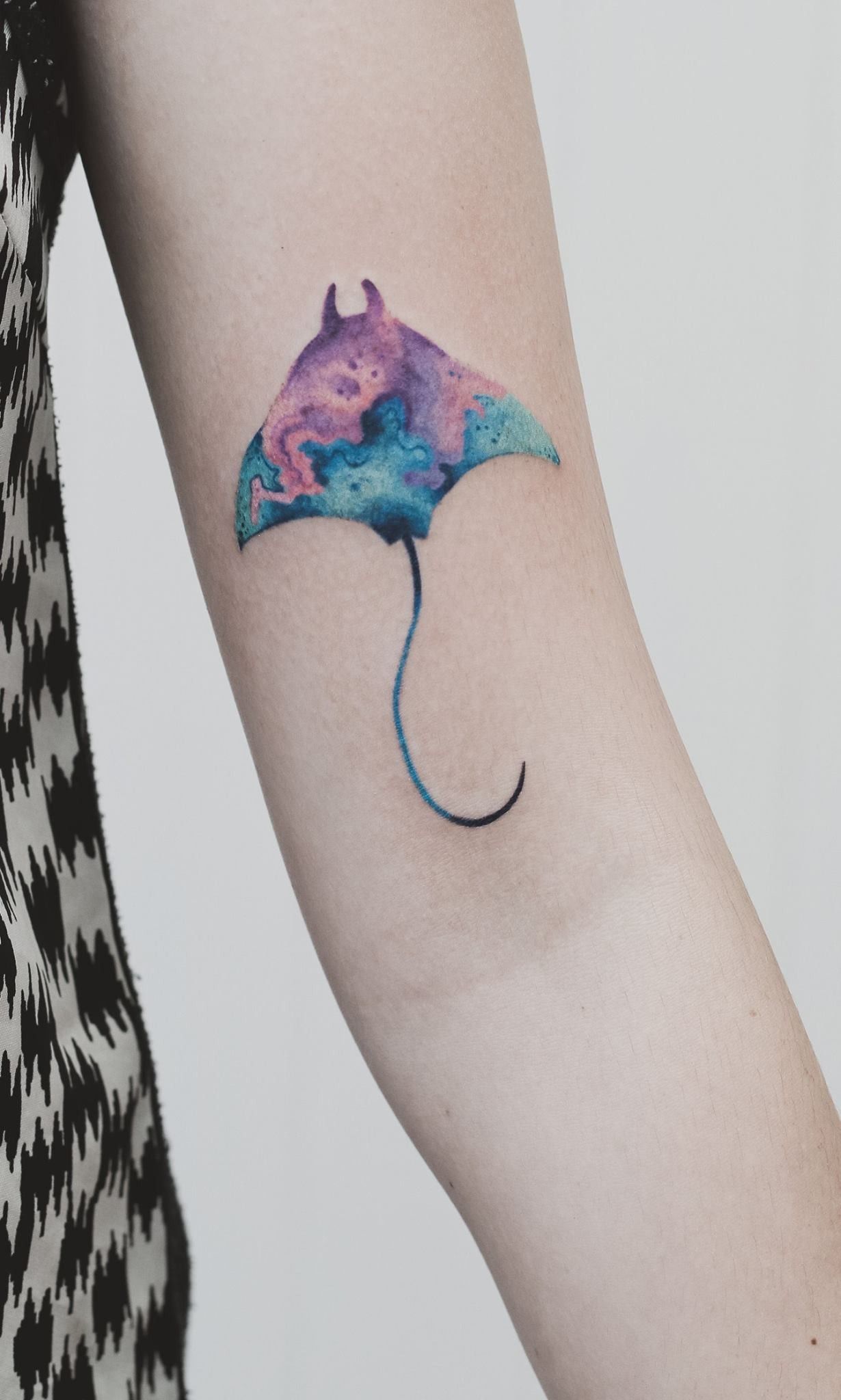 A stingray watercolor in different shades of blue ink

Shapes can represent different meanings too. And if you want a meaningful and artsy tattoo all at the same time, we highly recommend geometric stingray tattoos. They need more attention to details, though, but they are surely worth it. 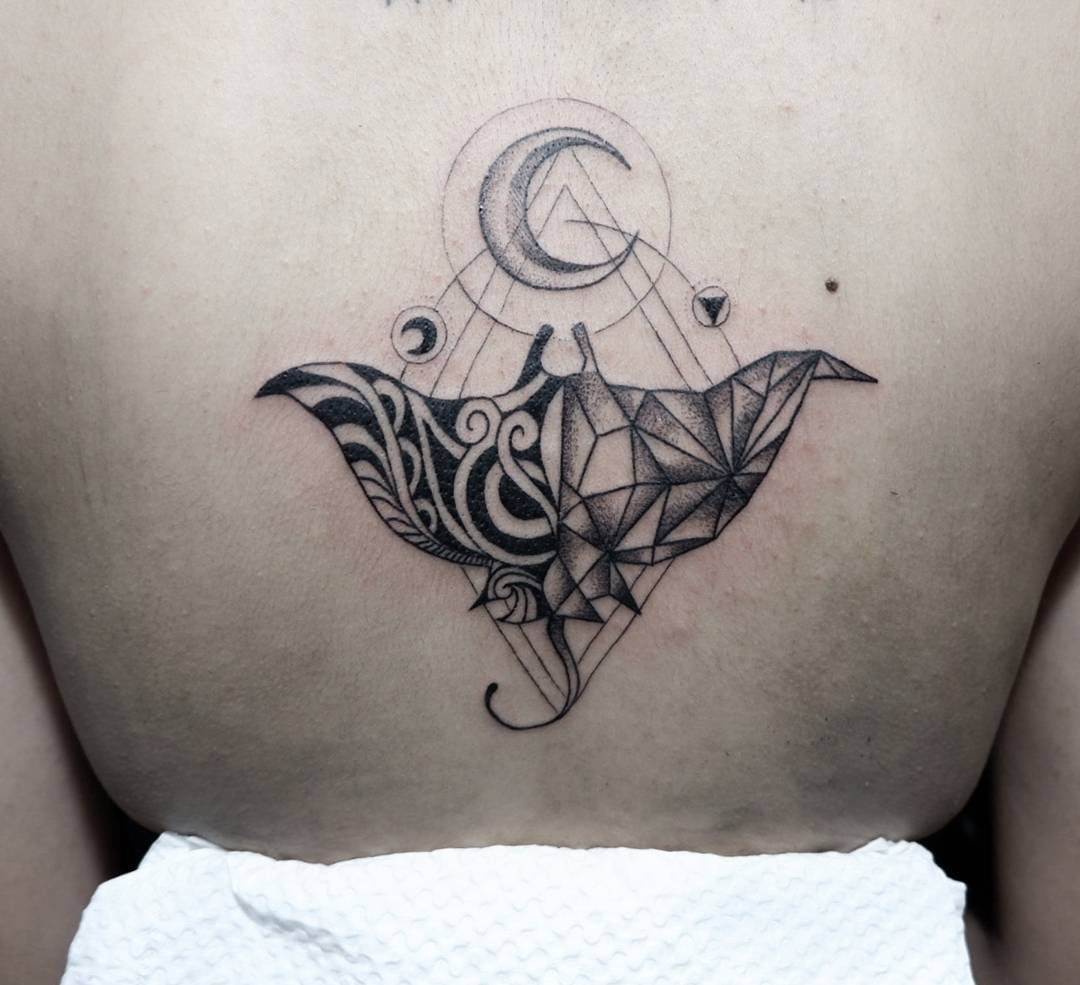 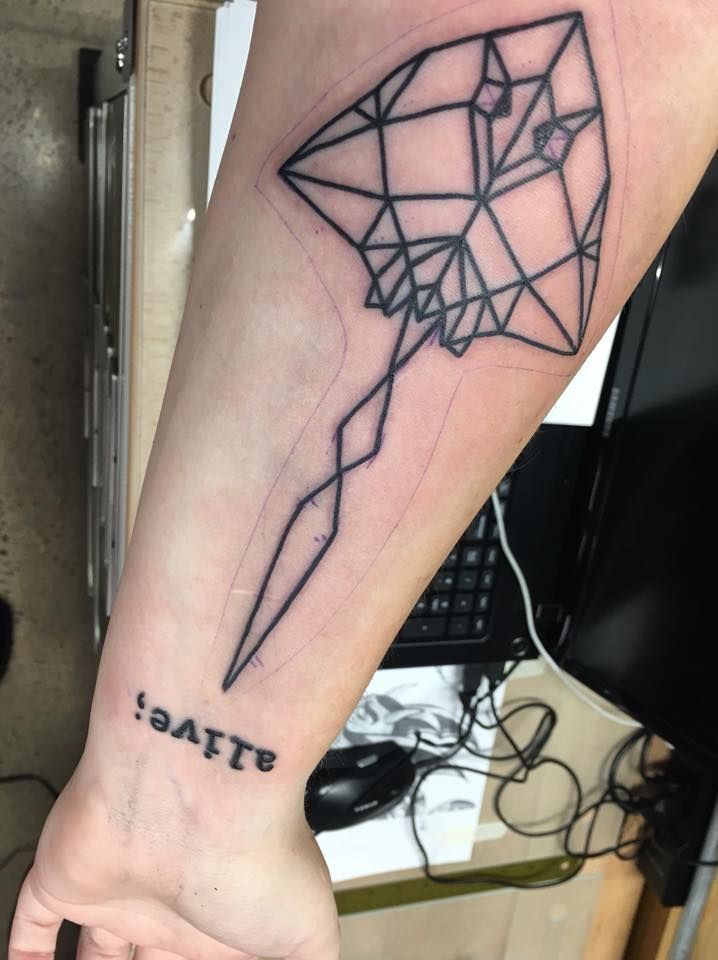 A geometric stingray paired with an inspiring tattoo that reads “Alive” 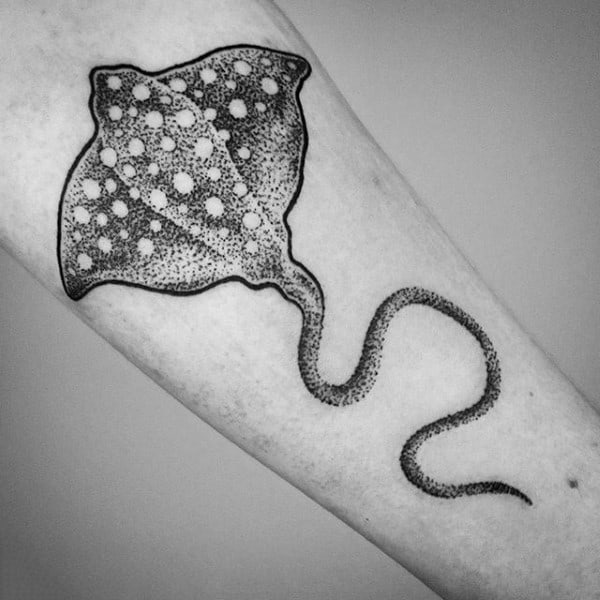 A geometric stingray with dotwork details placed on the forearm