30+ Beautiful Crown Tattoo Designs That Would Make You Feel Royal 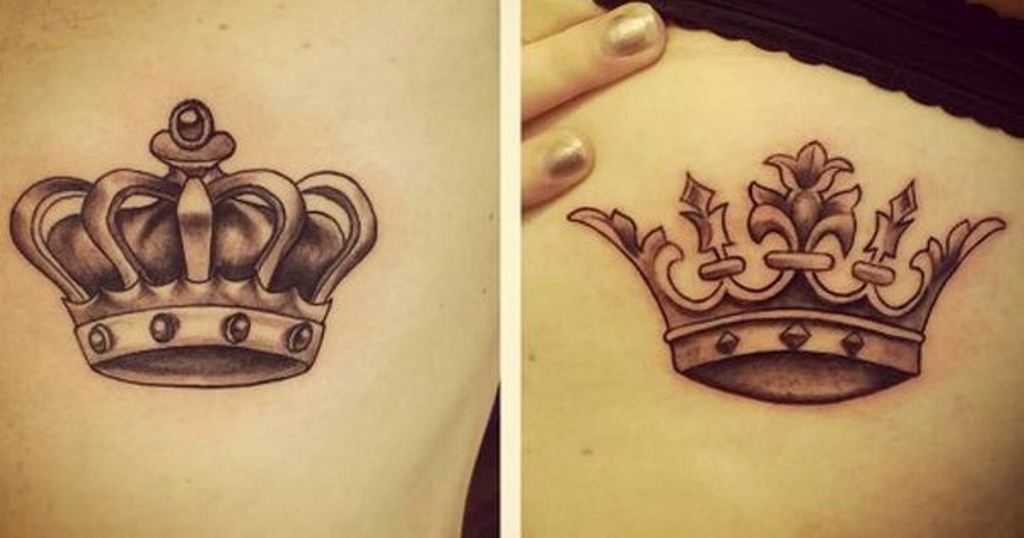 Generally speaking, a crown is usually worn by those who are born in royalty which is why whenever we see a crown, we will almost always associate it with royalty, opulence, and power. A crown tattoo signifies the zenith of a person’s dream to reach in his or her life. Although when one wears a crown, it is not always about power rather there is also a great responsibility the wearer must carry.

In most monarchies from the past and present, people consider royalty as God-like. Truth be told, a number of societies depict their highest deity as a person who wears a crown which makes a crown have religious implications as well. This is where the Divine Right Theory of monarchies came in. A majority of people under monarchical states believe that God has chosen the current monarch and that the royals must serve God and not the citizenry.

Since you are here, we are quite sure that you are thinking of having a crown tattoo be inked on your skin. Look no further as we are here to help you. In this article, we will be sharing you amazing images of crown tattoo designs we found on the internet. We will also discuss here the meaning and symbolism and meaning of crown tattoos as well as the perfect body placement for it.

In ancient Greece, the champions of the old Olympic Games and the greatest warriors were given crowns composed of laurel wreaths to acknowledge their triumph, courage, and valor. In ancient history, the Egyptians assumed that the Pharaoh used the crown in connecting to God. The crown can also represent wealth and affluence since it is made of precious metals and richly embellished with gemstones. Some people believe the more jewels the ruler’s crown has, the more prosperous and powerful he was.

The imperial crowns of Europe are composed of eight golden arches which symbolized the eternal life and the circular rim exemplified eternal power. The crown image is also incorporated on the shields, coat of arms, and attire of the knights and counts. It represents their nobility and greatness. Crowns are also the epitome of true love and loyalty. This can be seen on the matching tattoos worn by couples and lovers. Get inspired by these amazing images of crown tattoos.

The Meaning Of A Crown Tattoo

Having a crown tattoo is the perfect way of saying that “Hey! I owned life!” since a crown is also given to people (women in particular) that wins in contests. This particular meaning is very applicable for women who are confident to scream success or dream of a successful life. It can also have the same meaning for men because as an old proverb said: “kings are made with success”.

Another reason to have a crown tattoo is that it also stands for a spiritual connection with a supernatural being. This can be extracted from the fact that ancient Egyptians believed that a crown served as a connecting medium between their Gods and their ruler, the Pharaoh.

Other than the two reasons stated above, crown tattoos are also often used as a couple tattoo. Since most kings must have a wife and a stable marital relationship, a couple crown tattoo is seen as a way to profess that their relationship will never break.

The wonderful thing about this tattoo design is that you can add other elements to further accentuate or emphasize the meaning you want to portray. You can add the following elements to enhance the symbolism:

Here are some of the crown tattoo designs we saw on the web that might inspire you to have one inked or better yet, design your own. 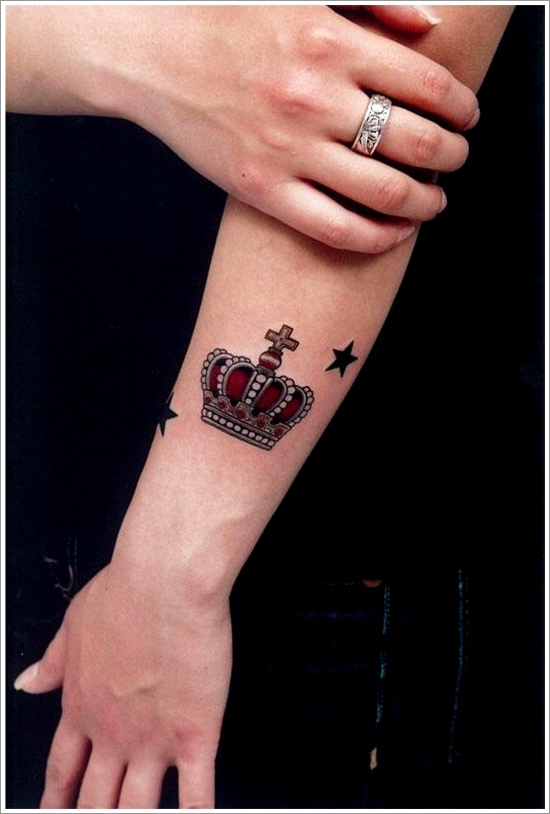 2. A sternum tattoo of a pointy crown with a name underneath. 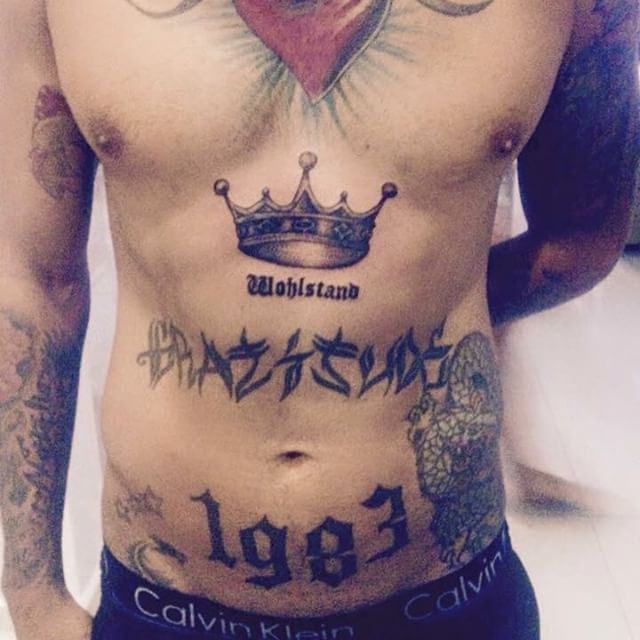 3. A small ankle tattoo of a crown. 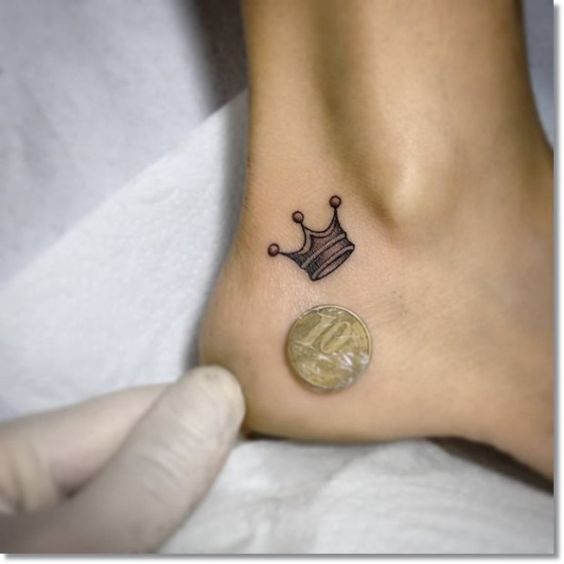 4. A chest tattoo of a skull with a crown. 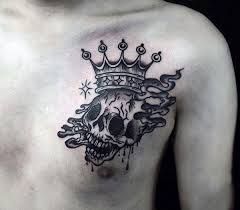 5. A chest tattoo of a simple child-like drawing of a crown. 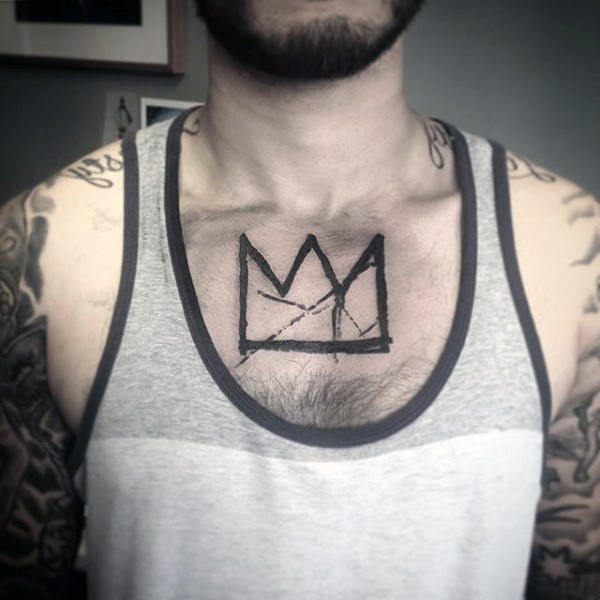 6. A detailed arm tattoo of an imperial crown with rubies. 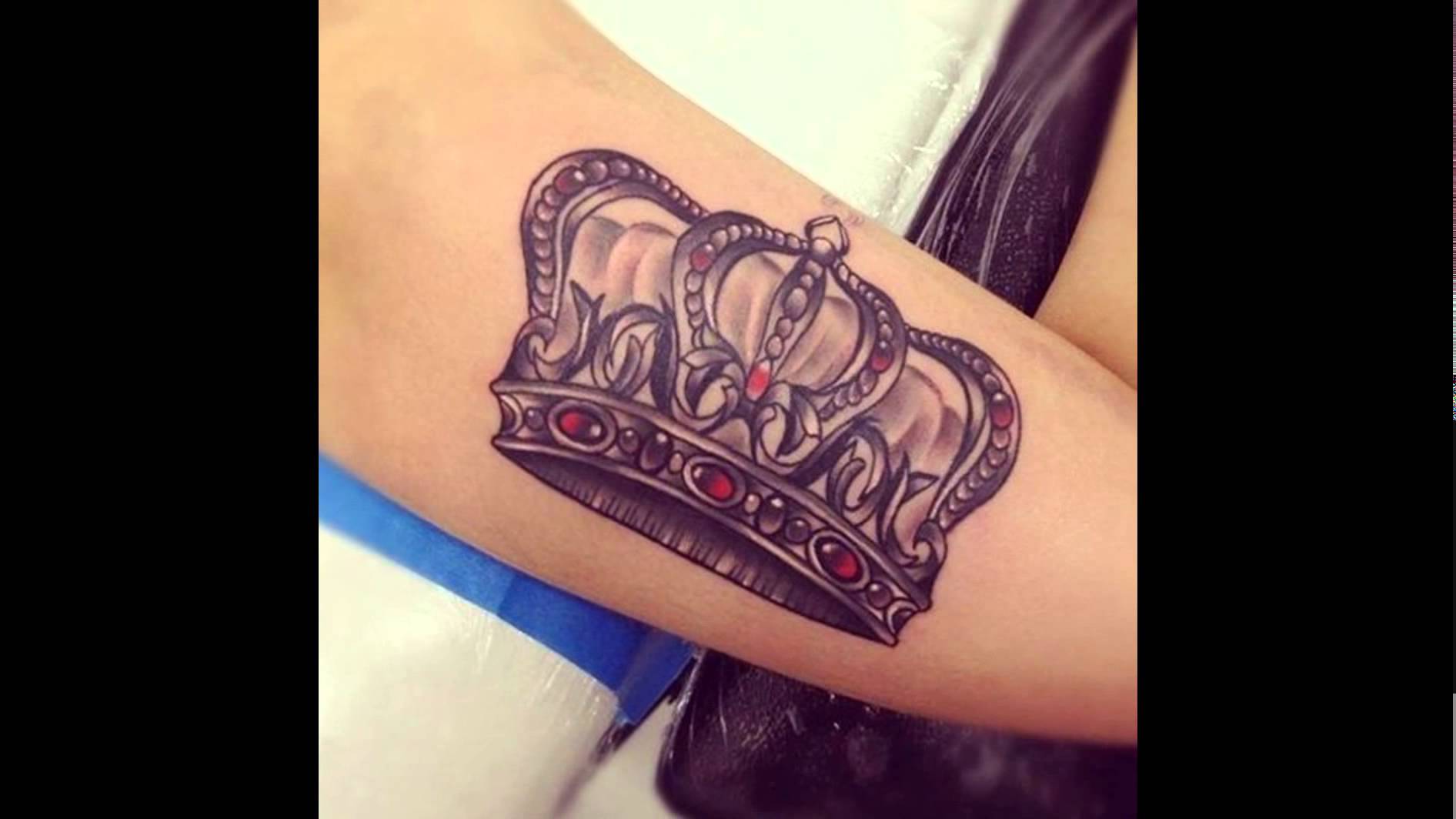 7. A nape tattoo of a highly intricate queenly crown with a red ribbon intertwining it and a quote in cursive at the side. 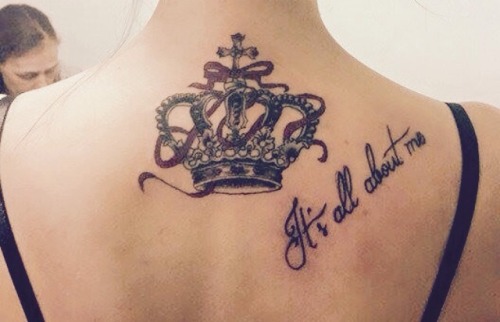 8. A tattoo of a crown that has a queenly aura. 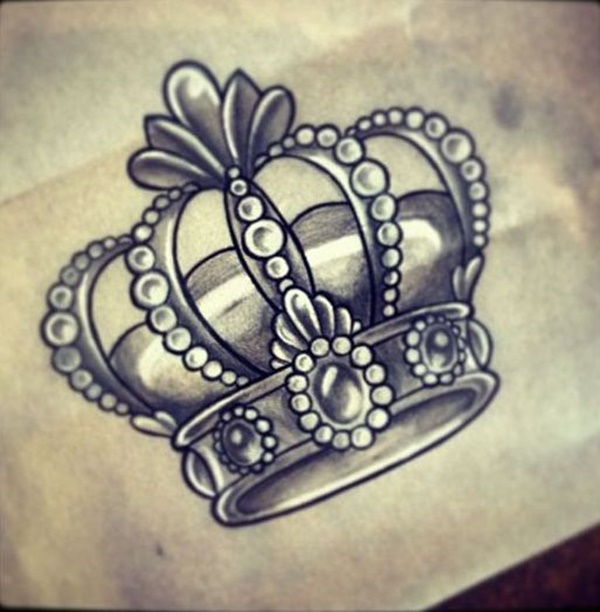 9. A nape tattoo of a pointy crown. 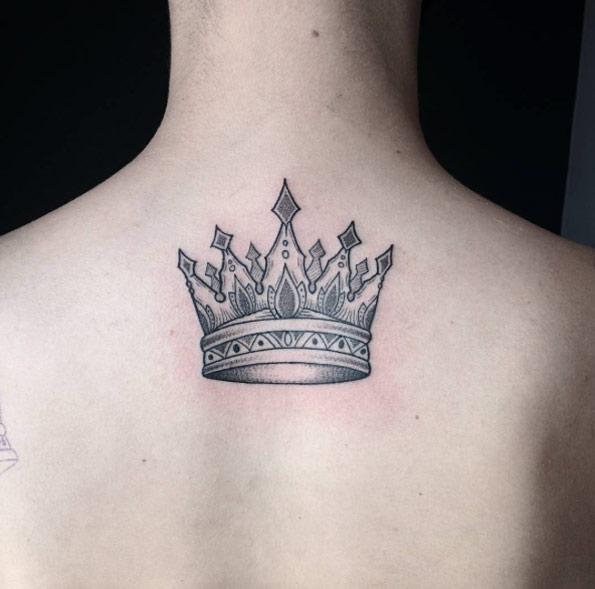 10. A neck tattoo of a queenly crown with the word “SIS” forming the arches’ base of the crown. 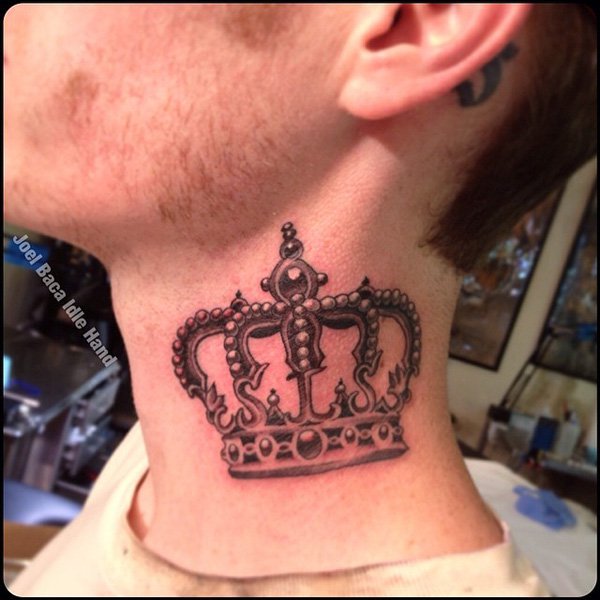 11. A shoulder tattoo of a crown with the name of “Mariah” underneath. 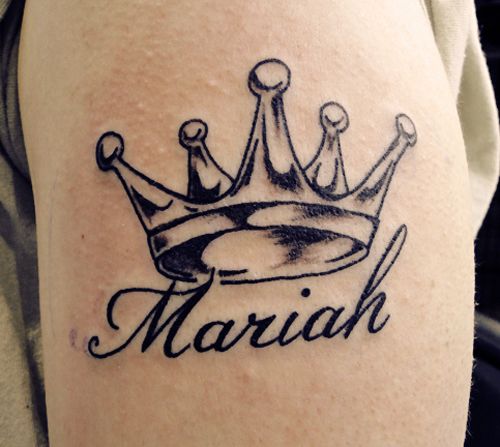 12. An arm tattoo featuring an imperial crown with geometric detailing. 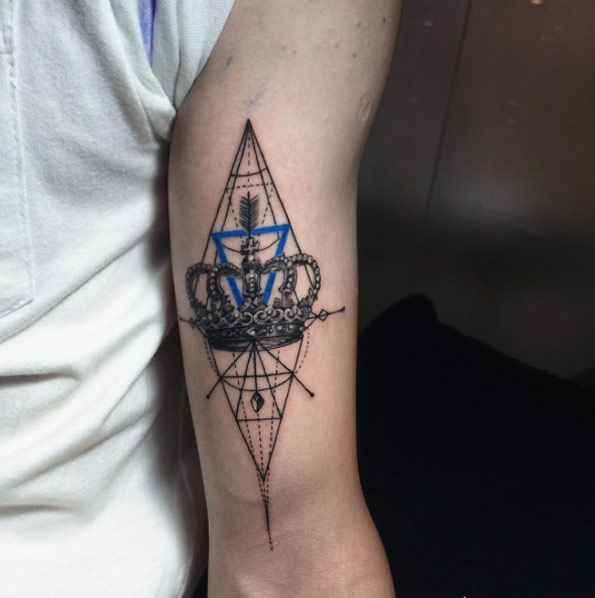 13. An arm band tattoo of a crown featuring the fleur-de-lis. 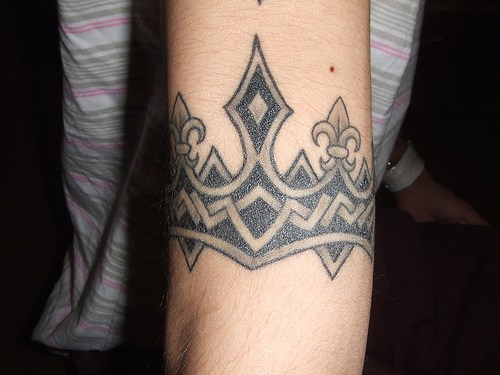 14. A chest tattoo of a crown and a diamond. 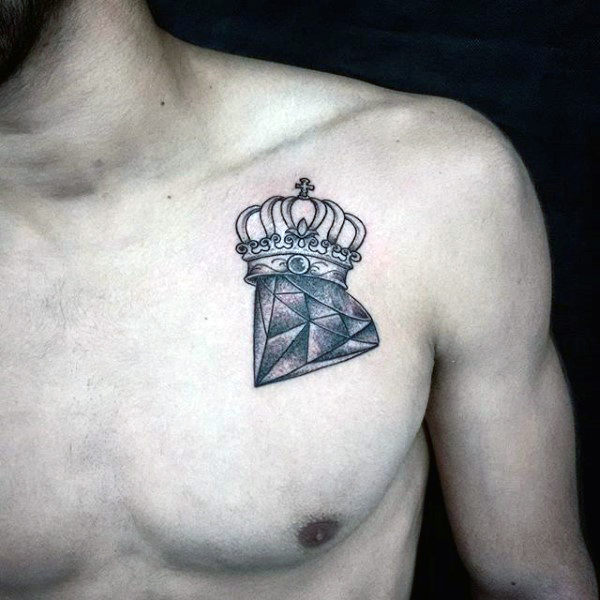 15. Another chest tattoo of a crown and a diamond. 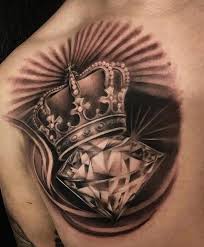 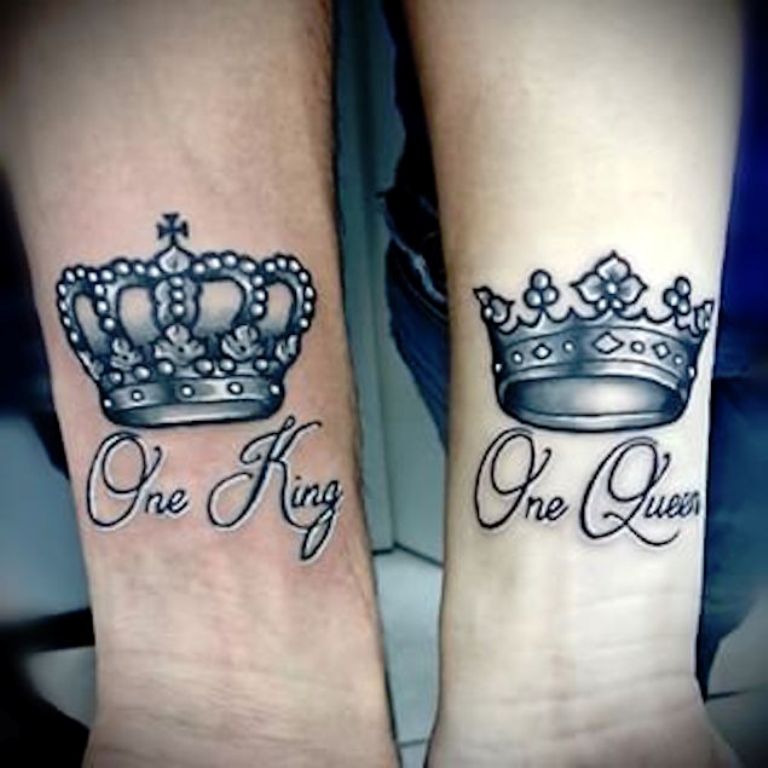 17. Another couple crown tattoo. The one on the wrist is an imperial crown while the one on the hand is a simple pointy crown usually used by dukes. 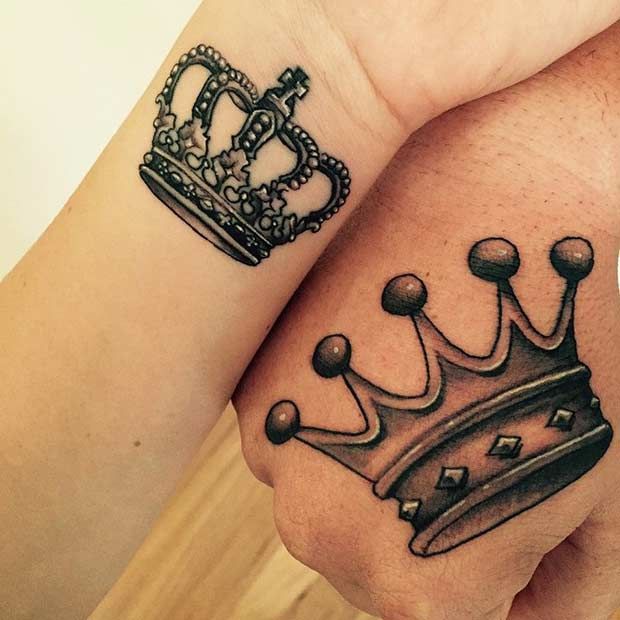 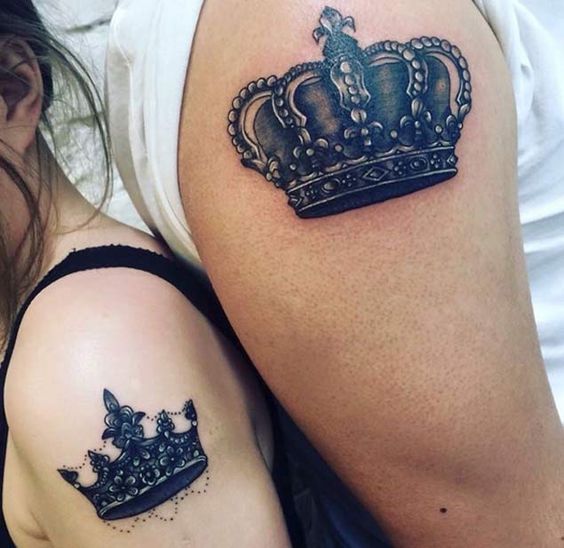 19. A wrist tattoo of two colored pointy crowns as a couple tattoo. 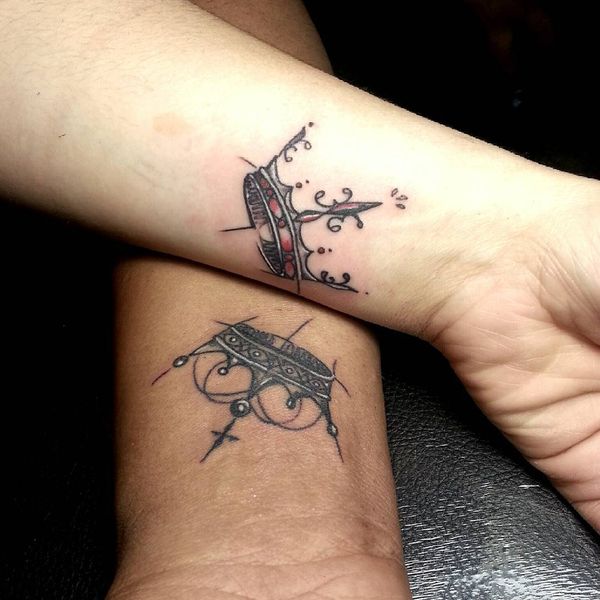 20. A  colored wrist tattoo of a royal crown featuring fleur-de-lis. 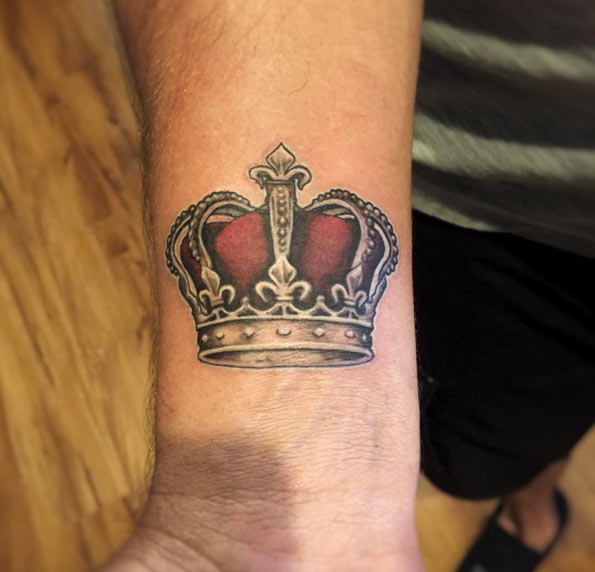 21. A full-colored back tattoo of a crown. 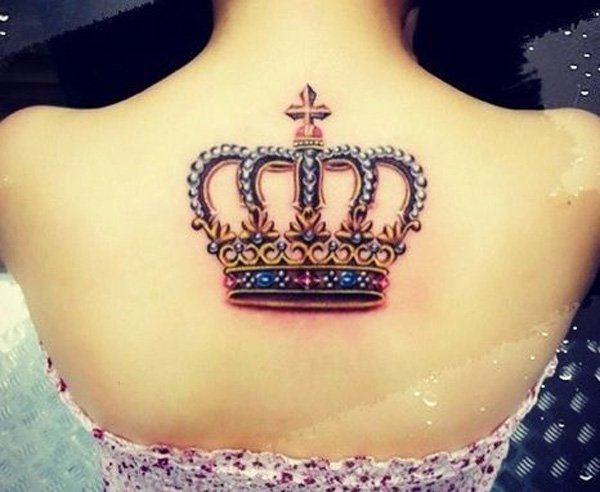 22. An arm tattoo of an artsy rendition of a crown. 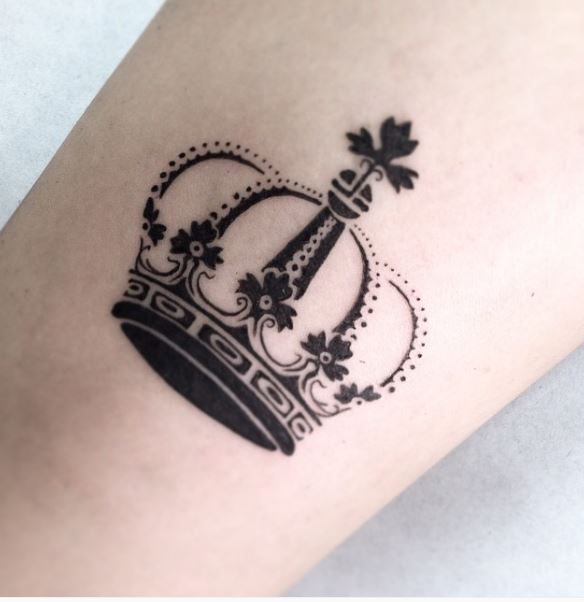 23. A colored tattoo of a crown with a name in cursive underneath it. 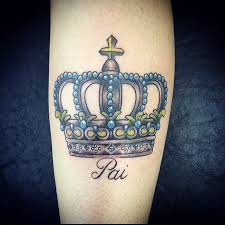 24. An arm tattoo of a crown design usually used in royal monograms. 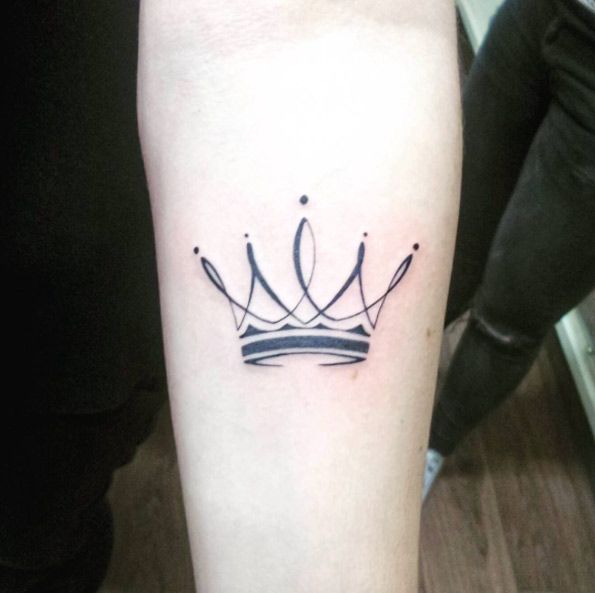 25. An intricate nape tattoo of a royal crown. 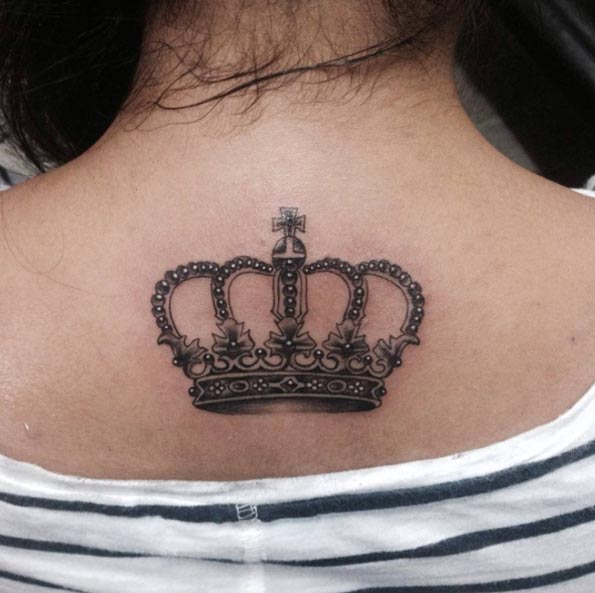 […] that monarchs and deities wear. But they aren’t just about making you feel royal. Rather, crown tattoo designs can represent your strengths […]

[…] there’s one symbol that will make you feel royal, that would be the crown tattoo. And we all know that the lion is the king of the jungle so why not add a crown to your lion tattoo […]

[…] A geometric piece with cosmic detailing to cover the old name and crown tattoo. […]

[…] A highly detailed and intricate tattoo of a crown. […]