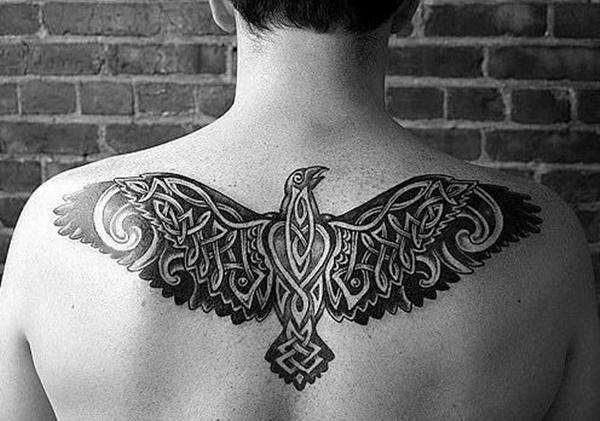 Eagle tattoos have been in numerous cultures and civilizations since time immemorial. From Precolumbian America, Classical Greek, and Post-war Asia, an eagle tattoo represents an individual’s stature in a specific society. Currently, however, the meaning behind the design has evolved to become a symbol of freedom and liberty and because of this, eagle tattoo designs, despite its age in cultures and societies, still maintain a significant foothold in the growing body art industry.

What Is The History Behind Eagle Tattoos?

Eagles have held a powerful symbolic meaning in ancient civilizations. In Early Christianity, the eagle symbolizes Jesus Christ while the Greeks associate the animal with the Zeus. In Central America, the Mayans and Aztecs affiliate the eagle with the sun. In addition, they also believed that the eagle is the only animal that is powerful enough to look at the Sun without blinking an eye. These are just a few examples of how deeply regarded the eagle was in early civilizations.

What Does An Eagle Tattoo Mean?

There are a lot of reasons as to why the eagle is one of the most dominant tattoo designs in the industry. One such reason is that it symbolizes power and strength. Since the eagle is an apex predator or on top of the food chain, no other predators come after them hence being a symbol of power.

Another famous reason as to why a lot of people come up with ideas to have an eagle tattooed on their bodies is because of its representation of freedom. The eagle is a powerful winged animal that can soar high above the clouds and flight is synonymous with freedom, thus, its association with liberty and freedom.

In addition to the reasons mentioned above, Americans often get this tattoo as an exhibit to their patriotism and love for the country. Soldiers serving the military have eagles tattooed on their bodies because it is the emblem of the US. Eagles are heavily featured in all branches of the military and thus its fame on American men and women.

The thing with an eagle tattoo design is that it is very versatile in body placements. A tattoo artist can morph the design to fit into the body part the person want the tattoo to be inked. But oftentimes, people want to ink their eagle tattoos on the upper arm or on one side of the chest depending on the design they chose to be imprinted on to their body. Due to this, A misconception on eagle tattoos was created wherein numerous tattoo enthusiasts say that it can only be inked on the upper arm or on the chest since most eagle tattoos are inked on those places.

You can place eagle tattoos on different parts of the body due to its versatility.

Here are a few eagle tattoo ideas that can be found all over the internet. This list will be updated once more designs catch our eyes.

1. Eagle with the night sky as double exposure 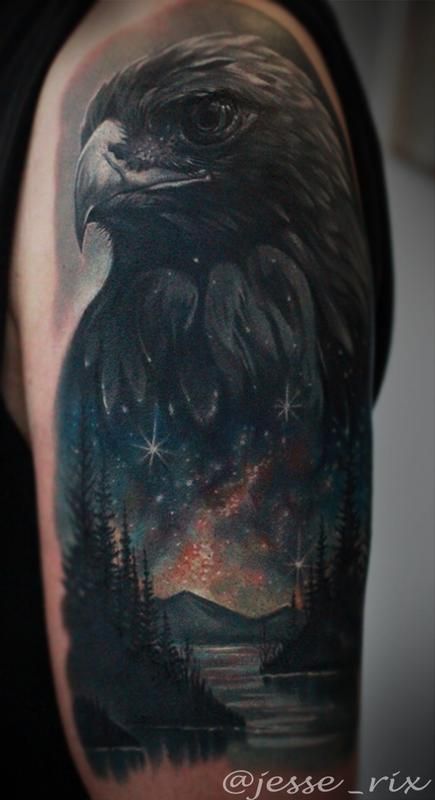 2. A modern take on an eagle head 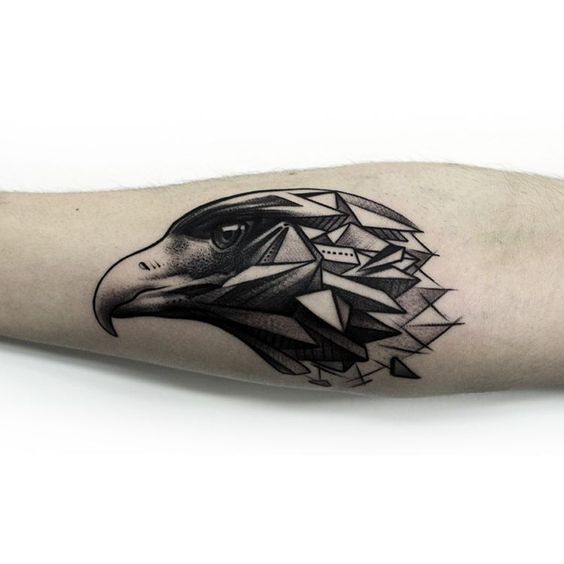 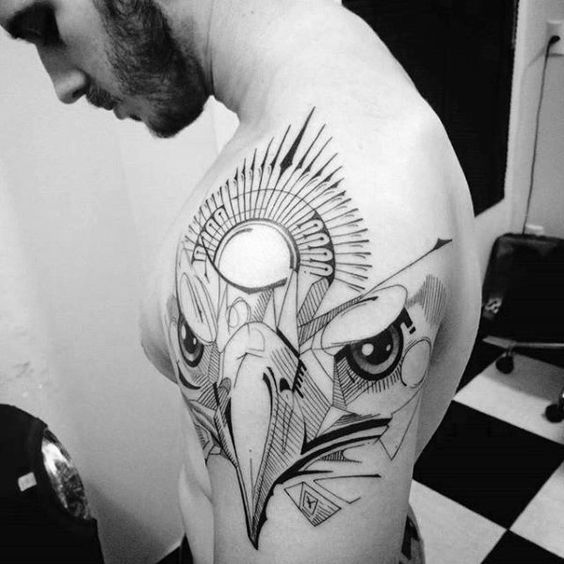 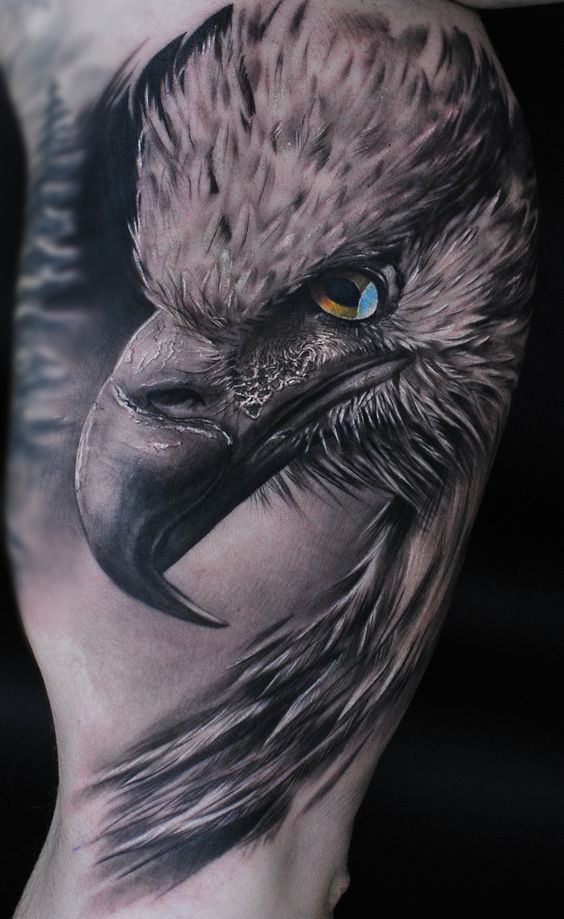 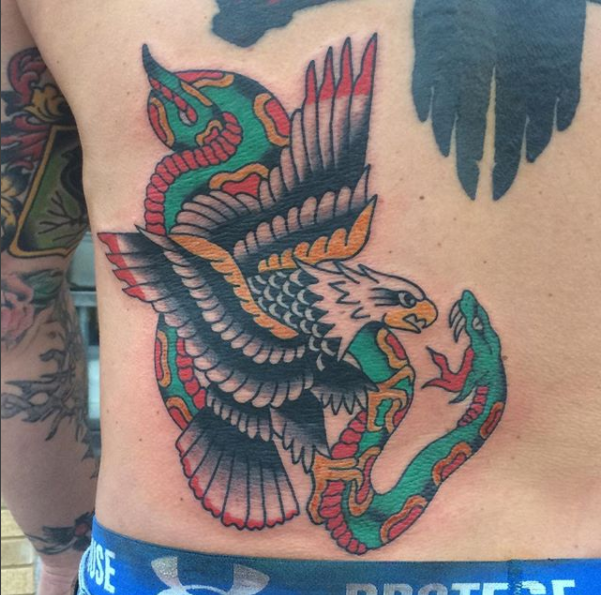 6. A Bald Eagle with the American Flag in the background 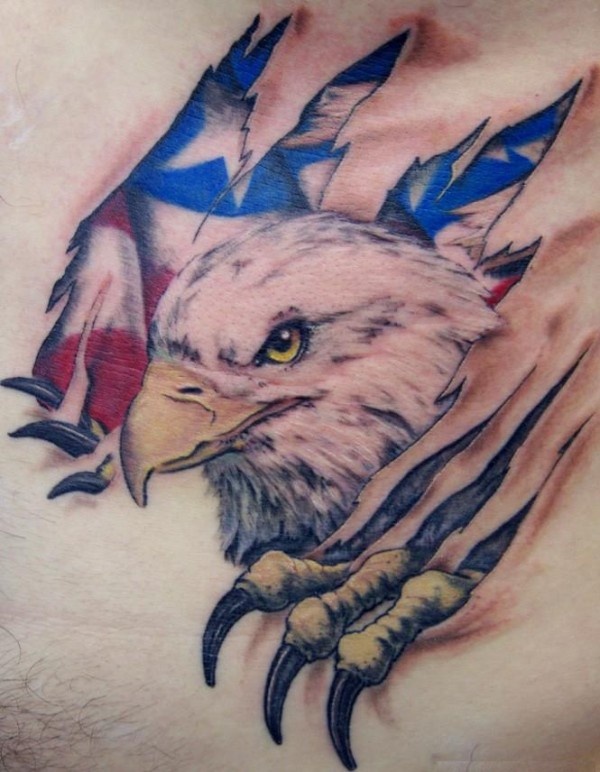 7. A cartoonized version of the US emblem 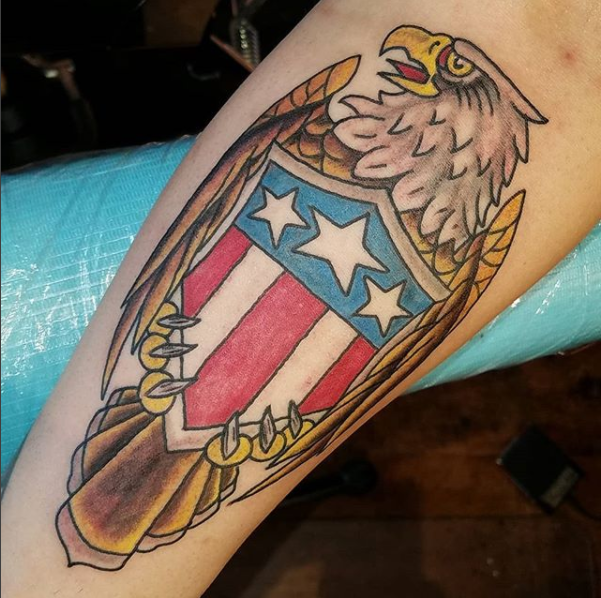 8. Another modern tattoo design for an eagle head 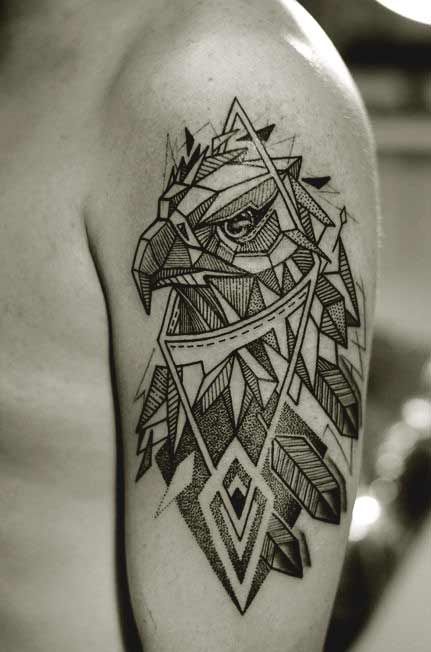 9. A realistic eagle design on the forearm 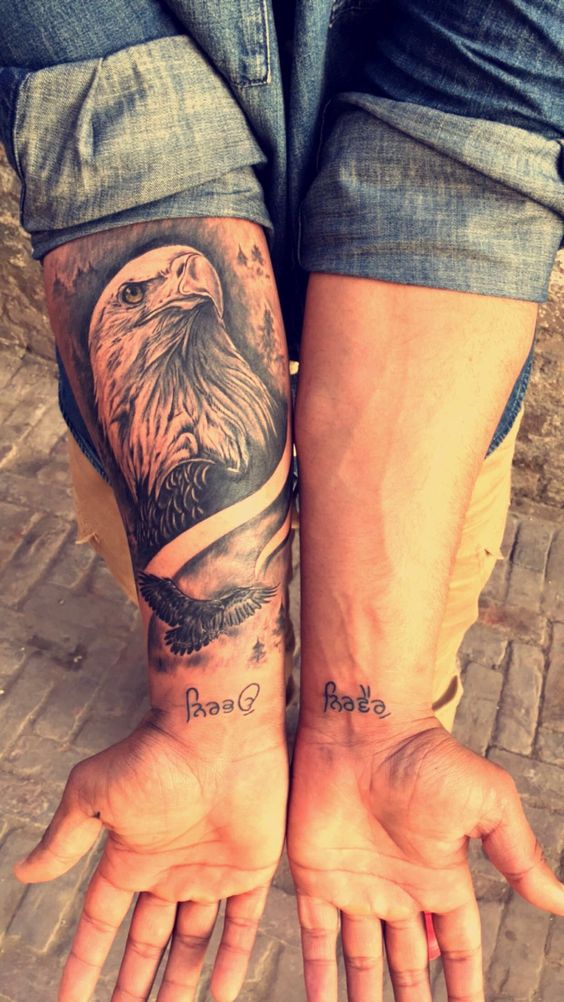 10. A bald eagle perched on a branch. 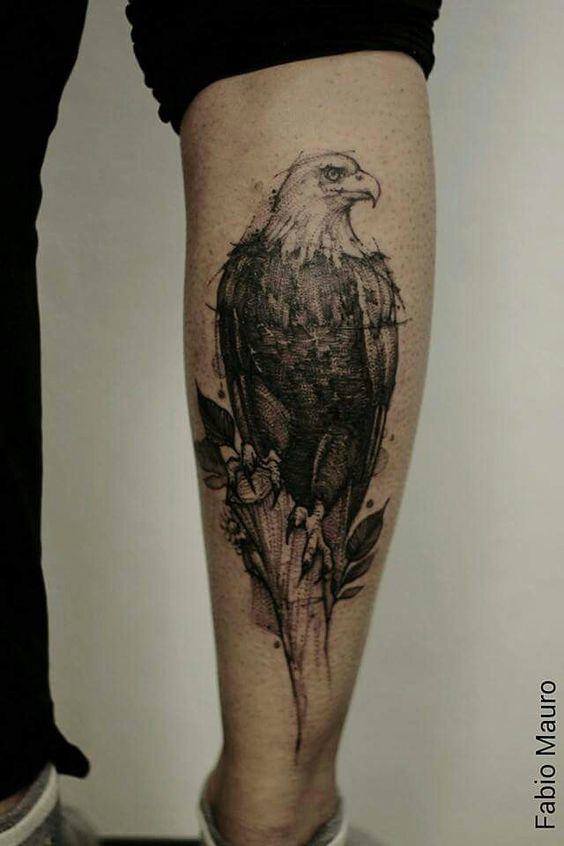 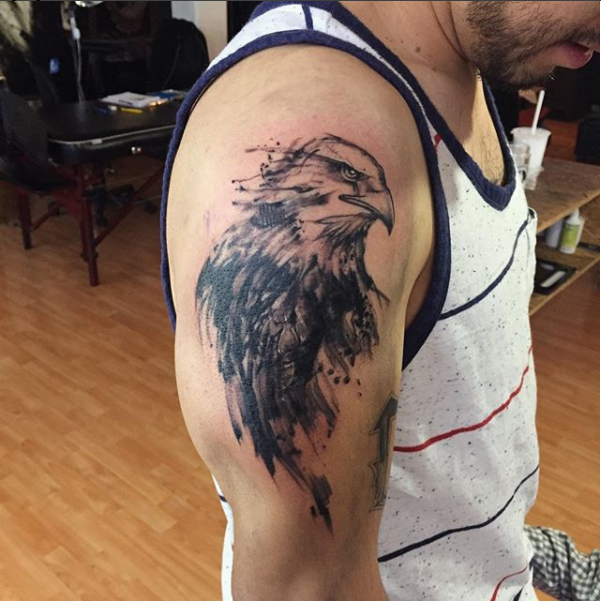 12. A design that combines an eagle head and a rose. 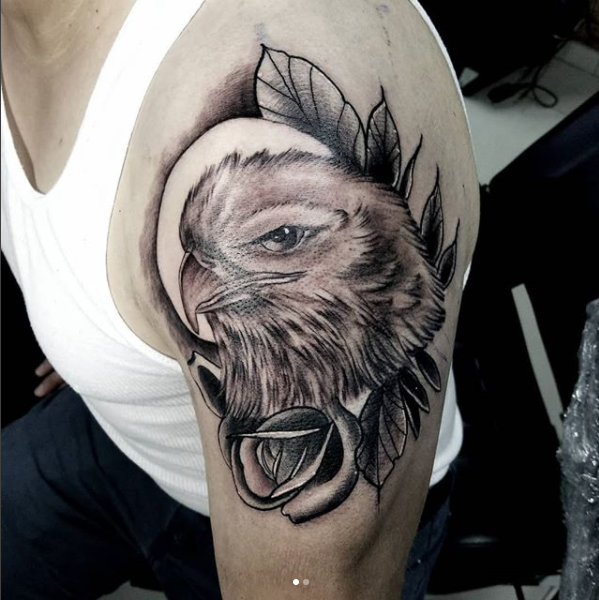 13.  A large back tattoo that features an eagle fighting a wolf. 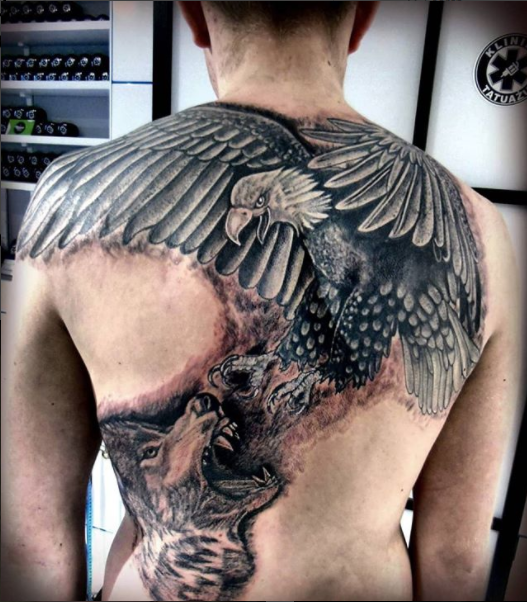 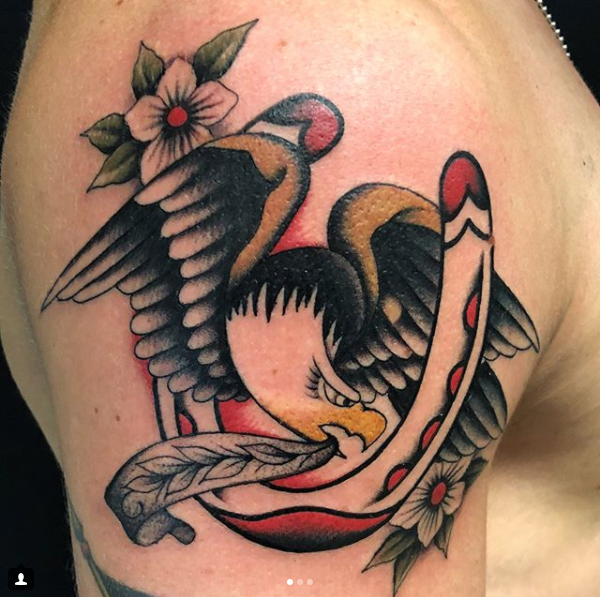 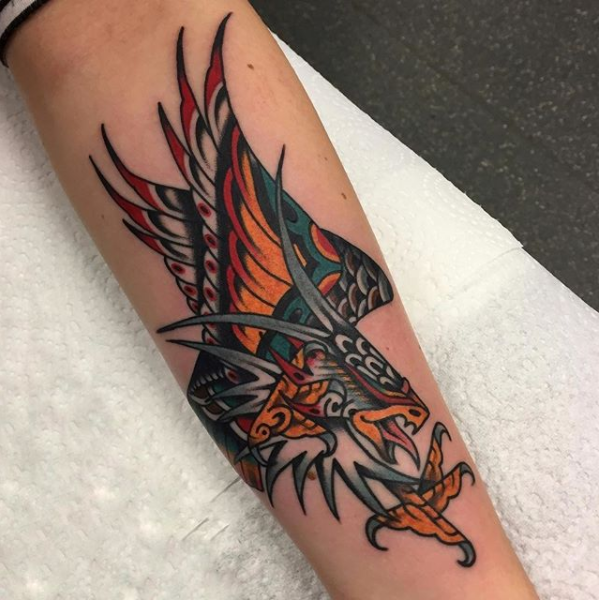 1.  An eagle with a tree with double exposure 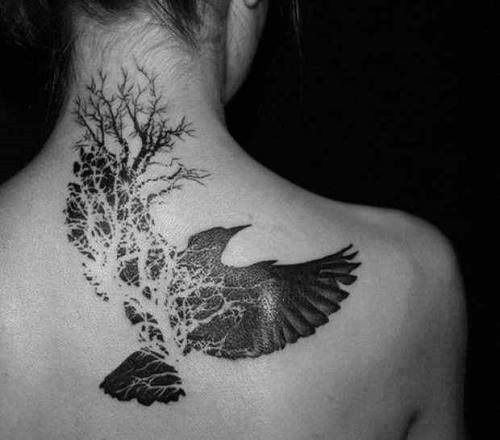 2. A small eagle tattoo on the wrist

3. An eagle tattoed on the back of the neck 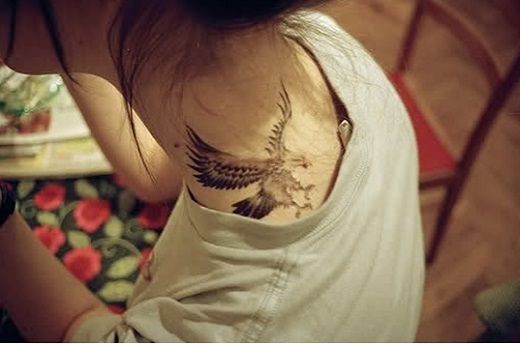 4. An eagle holding a rope tattooed on a woman’s thigh 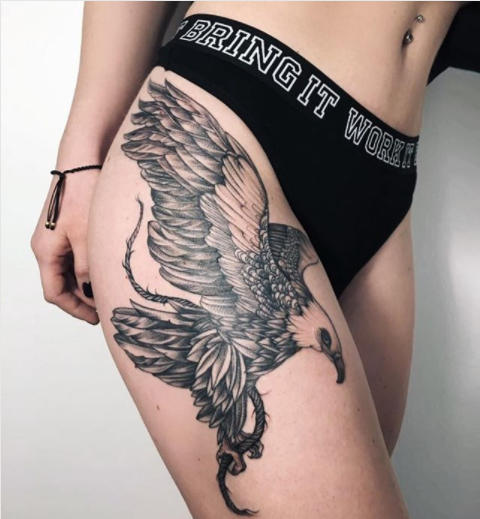 5. An eagle holding a dreamcatcher 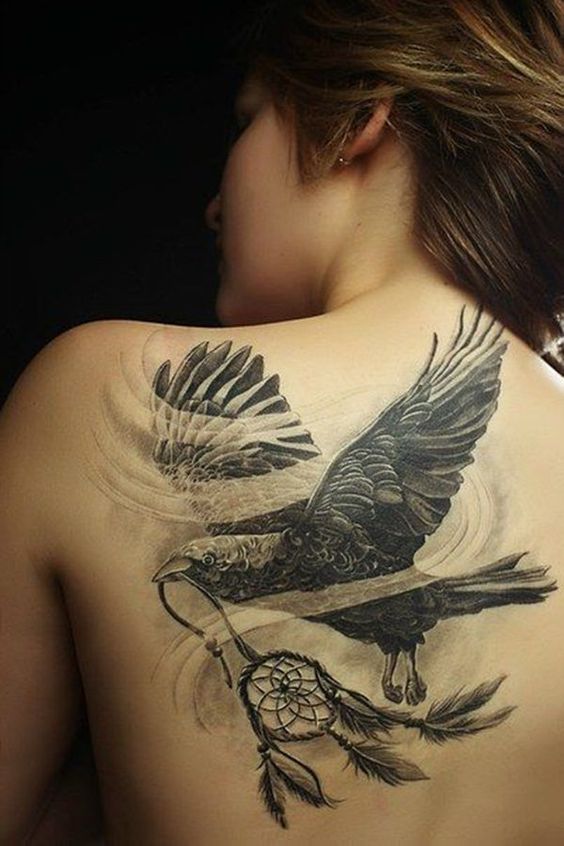 6. An eagle tattooed on the lower abdomen 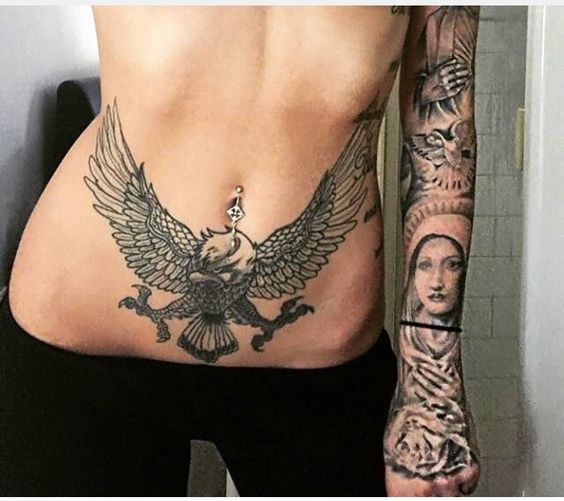 7. A large tattoo featuring an eagle holding a snake 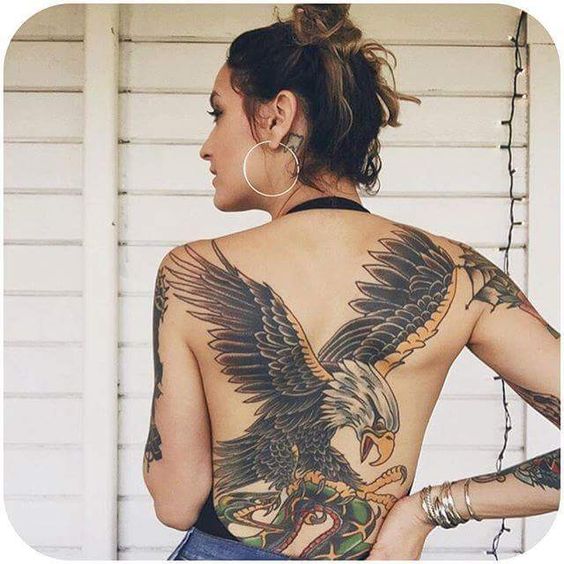 8. An eagle with an abstract image of the wilderness as double exposure 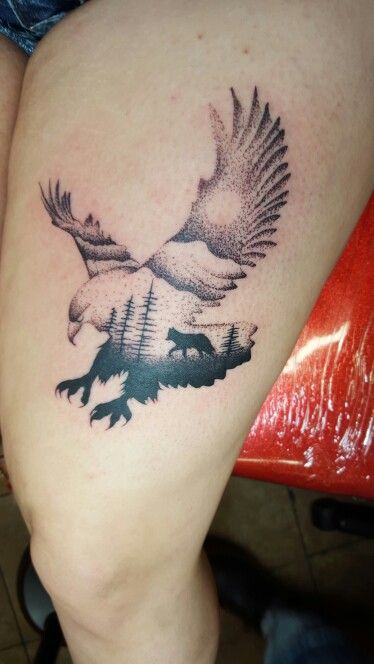 9. An eagle with the American Flag as its skin. 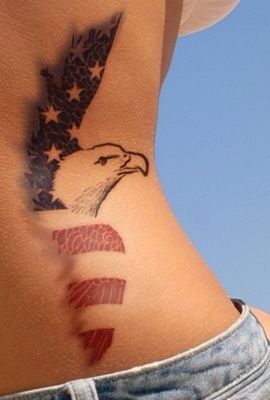 10. Two soaring eagles with a quote from the bible. 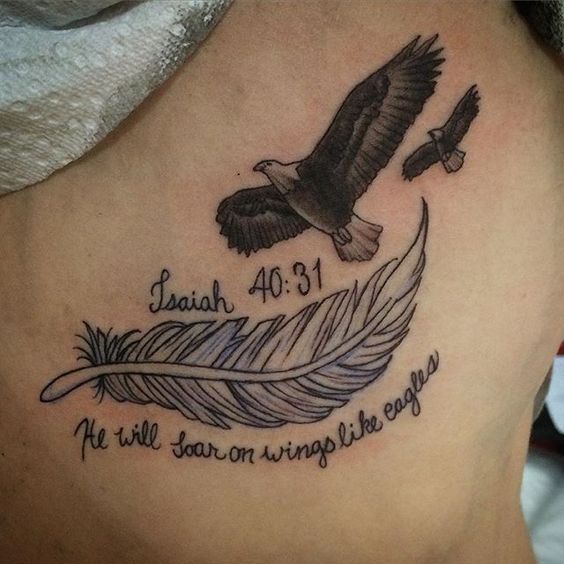 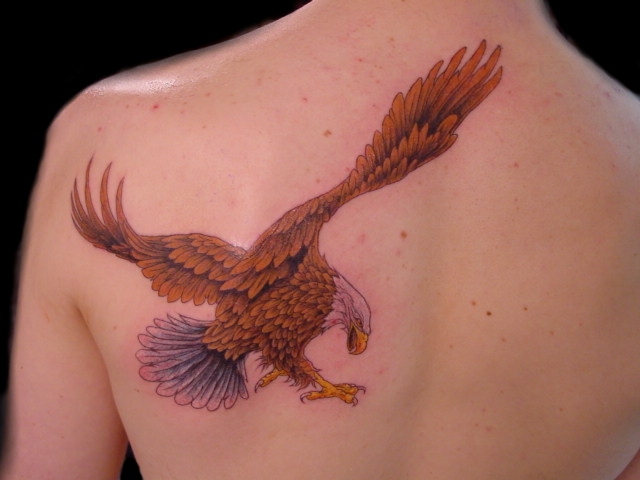 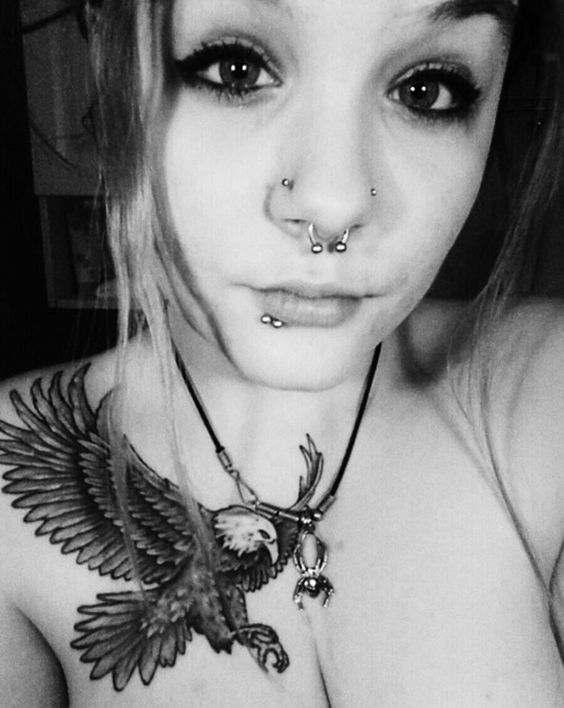 14. An eagle in flight tattooed on the lower back area 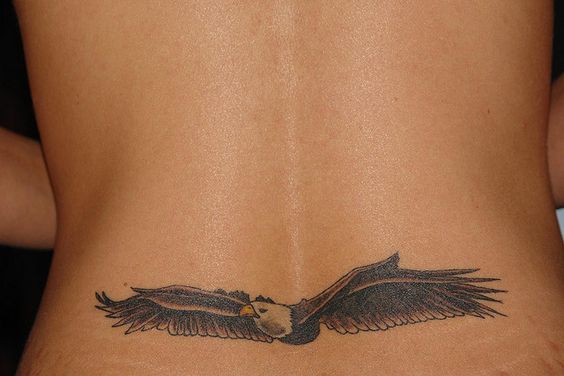 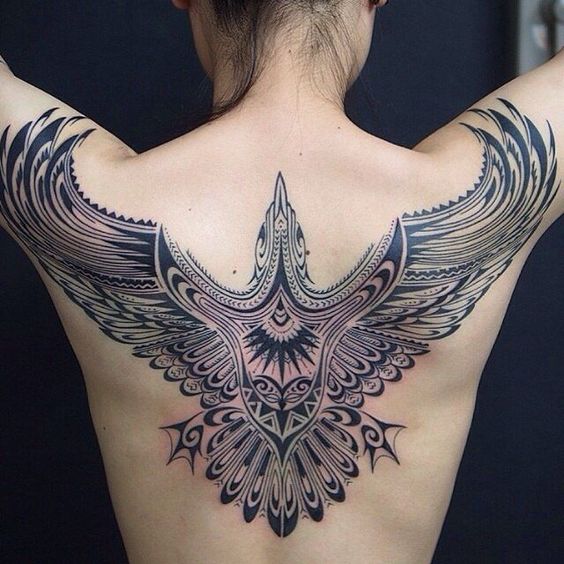 […] Eagle is highly regarded in Aztec Culture as the only animal that can look to the sun straight on. Eagle tattoos are often seen on Aztec warriors because the eagle is seen as a symbol of power, strength, and […]

Cool blog! Is your theme custom made or did you download it from somewhere?
A design like yours with a few simple tweeks would really make my blog shine.
Please let me know where you got your theme.

Thank you , This theme is Performag Theme By Thrive Themes.

50+ Hummingbird Tattoo Designs That Will Show Both of Your Strong and Romantic Sides - Tats 'n' Rings - January 24, 2019

[…] with a person’s freedom and free will. This is especially the case when it comes to the eagle tattoo designs which most people associate with patriotism in the United States. However, since […]