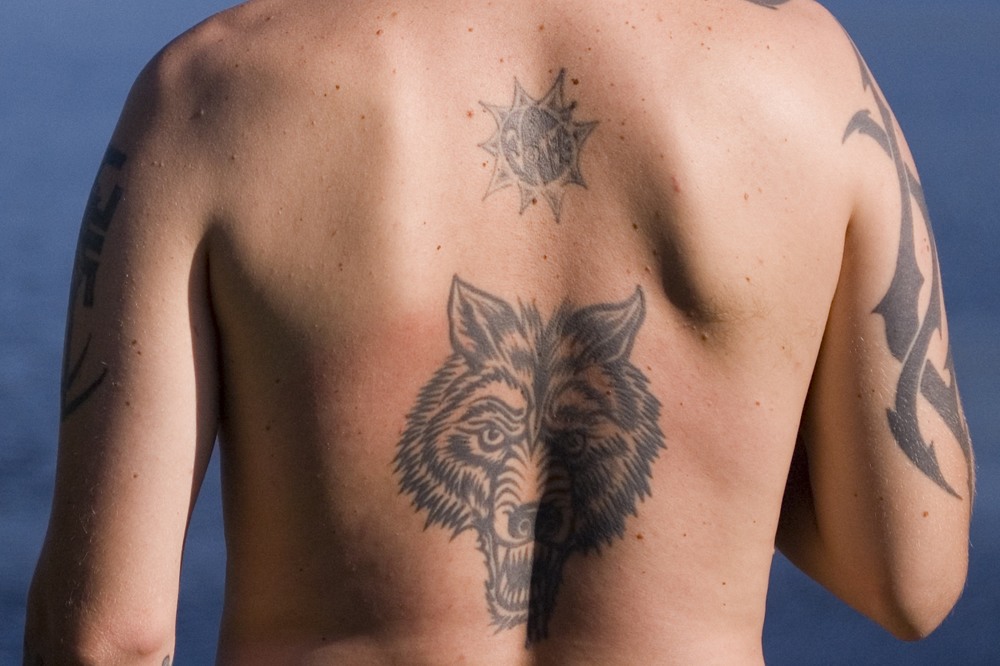 Tribal tattoos are probably among the most popular tattoo designs of all time. With virtually an endless number of variations, they can suit any person’s preferences.

When we observe the animals in the realm of tattoos, wolves are among the most sought after.

Those who do choose to wear tribal wolf tattoos are strong, bold, and courageous. Read on to find out more.

First off, let’s focus on tribal tattoos. Nowadays, tribal tattoos don’t send the best message. People with conspicuous tribal tattoos often have a bad reputation. These tattoos exploded with Generation X, as in most cases they represented the urge to connect with nature.

Combined with body piercings, loud electronic or heavy metal music, and opiates, tribal tattoos often reflected a person who is simply nothing but trouble. But this is way too far from true origins of tribal tattoos.

The tradition of tribal tattoos is thousands of years old. The traditional Maori, Samoan, and Polynesian tattoo styles are actually the roots of what we now refer to as tribal tattoos. They were meant to identify warriors with tribes and mark their status and qualities in a powerful, unmistakable way.

On the other hand, wolf tattoos are much easier to discern.

A Thing or Two About Wolves

What we know about wolves is a healthy mixture of science, mythology, and history. Throughout the numerous centuries, humans have learned a lot about these animals in a scientific manner, yet again, we’ve managed to mystify them and give them numerous meanings.

Depending on the culture, wolves are sometimes presented as dark, menacing predators of the night, always on the hunt for a frightened prey. Others consider wolves as great leaders and noble warriors.

As they are closely related to dogs, wolves often find a special place in their heart of dog lovers as well.

Once Christianity spread all over Europe, wolves were demonized. They were seen as instruments of the Devil. Also, don’t forget the Big Bad Wolf from the story of the Little Red Riding Hood.

The Native American culture probably has the strongest connection to wolves. These folks perceive wolves as totems of wisdom, strength, and power and think of them as spiritual guides.

What Is The Meaning Of A Tribal Wolf Tattoo?

So, what lies behind most tribal wolf tattoos? In most cases, the design is based on one, singular wolf. This is a bit contradictory, as it may indicate that a person wearing that tattoo considers himself a lone wolf.

Well, no matter how romantic that may come off, there are no lone wolves in real life. A wolf is alone only if he’s hunting or perhaps searching for a new pack. If you really are a loner, always on the hunt, a lone wolf tattoo still makes sense.

The dual nature of the wolves is often symbolized in tattoo designs, as they often tend to be both nurturing and destructive.

True wolves are very social and devoted to their packs. If you are a friendly person, maybe you should consider a tribal wolf tattoo with many wolves rather than just one.

According to ancient Celtic beliefs, wolves ate the sun each day, so that the moon could come up. When it comes to tattoos, it is not uncommon for wolves to be depicted howling at the moon, even though they don’t really do so in real life.

If you have a tattoo of a wolf with the moon, it could mean that you consider yourself a lonely person. A howling wolf often means that the person was excluded from a group or from society, but that it didn’t break their spirit.

Where Can We Place These Tribal Wolf Tattoos?

There are no rules about this, but the two most common body areas for tribal wolf tattoos are the shoulder and the forearm. This usually goes for bigger tattoo designs, which simply call for a greater body area to achieve their full dramatic effect.

Quarter sleeves are also very popular among those who wear tribal wolf tattoos. If you want a smaller, more discreet design, then you should probably consider the lower arm or leg as the perfect spot for your future tattoo.

And if you want to develop your own design and create a tattoo unlike anything else you’ve seen out there, we can also help you with that!

Here are a few tribal wolf tattoo designs we’ve found across the internet.

Tribal Wolf Tattoos On The Chest

1. A Southeast Asian tribal-inspired tattoo of a wolf and a wildcat. 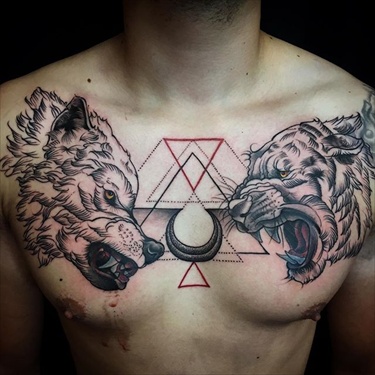 2. A large tribal-ish wolf tattoo on the chest. 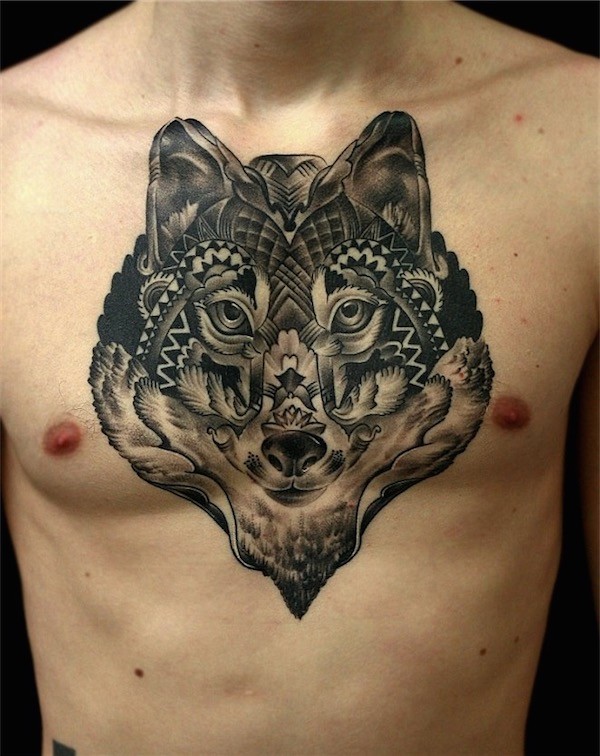 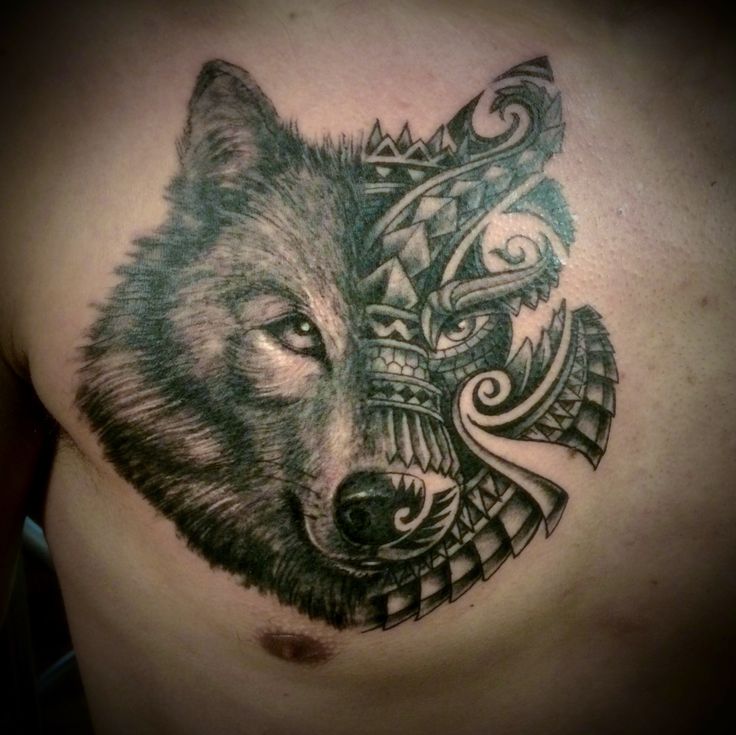 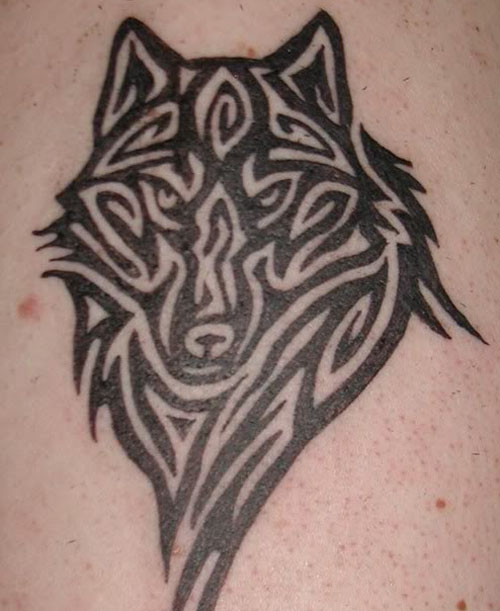 Tribal Wolf Tattoos on the Arm

1. A tribal tattoo of a wolf and the moon. 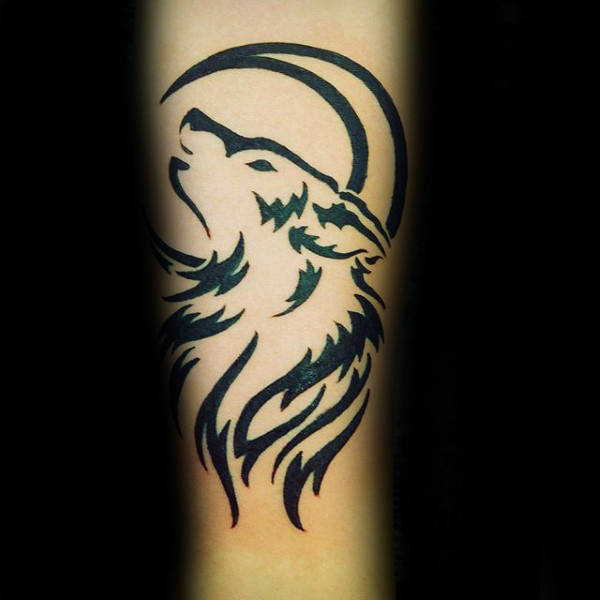 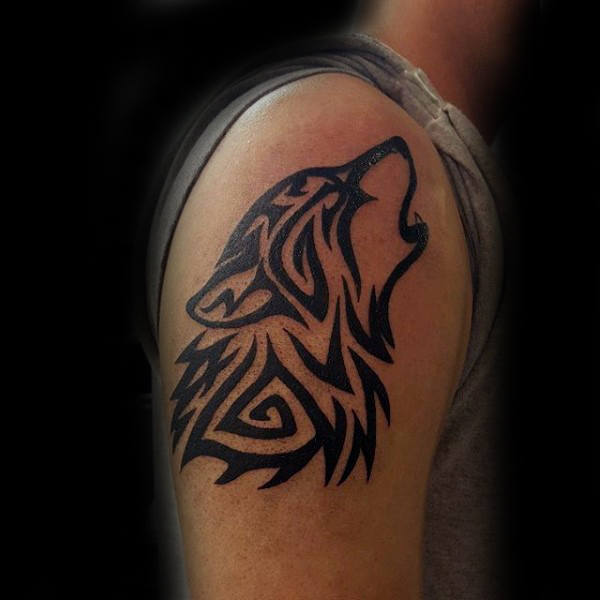 3. A tribal-inspired tattoo of a wolf and a wolf paw. 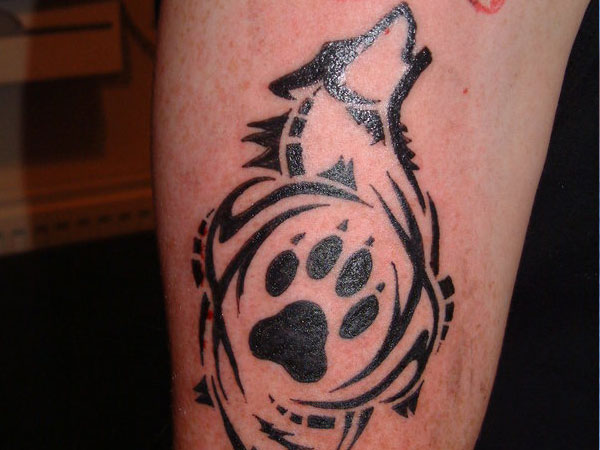 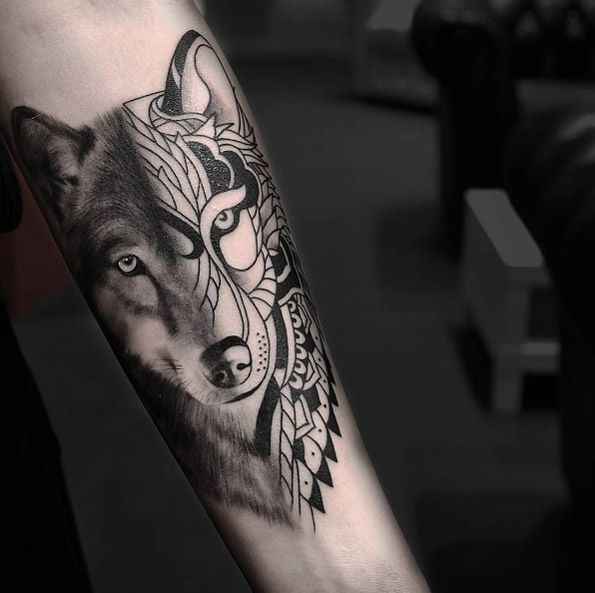 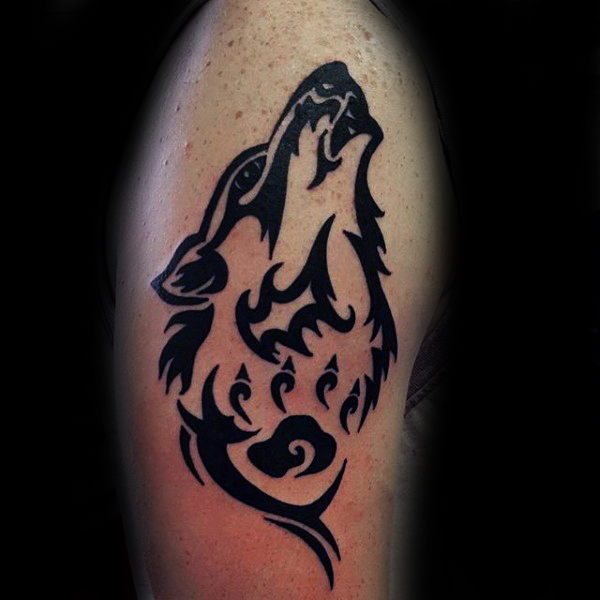 6. A super-detailed tattoo of a wolf with Native American Indian details. 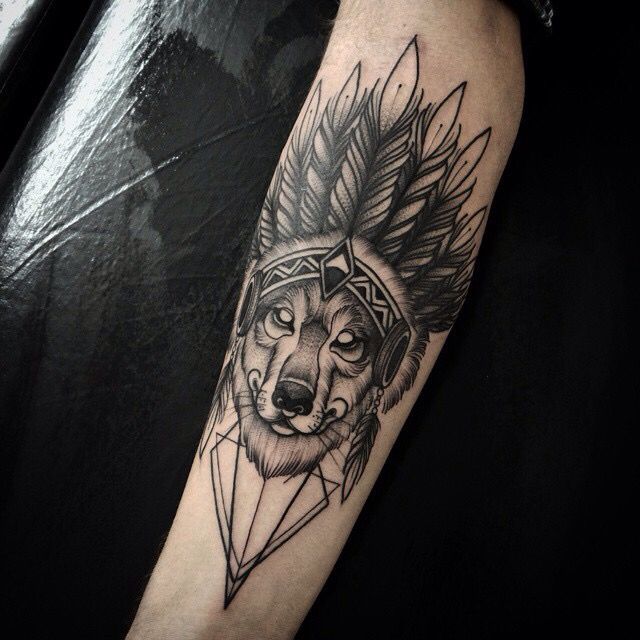 Tribal Wolf Tattoos On The Shoulder 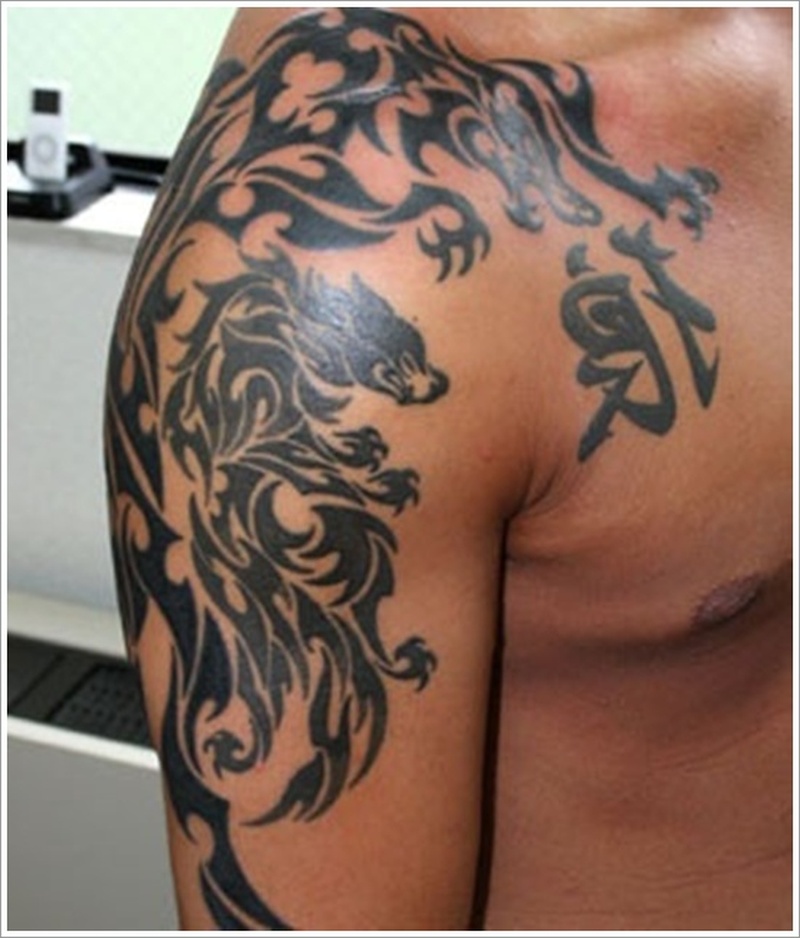 2. A large tribal tattoo of a howling wolf. 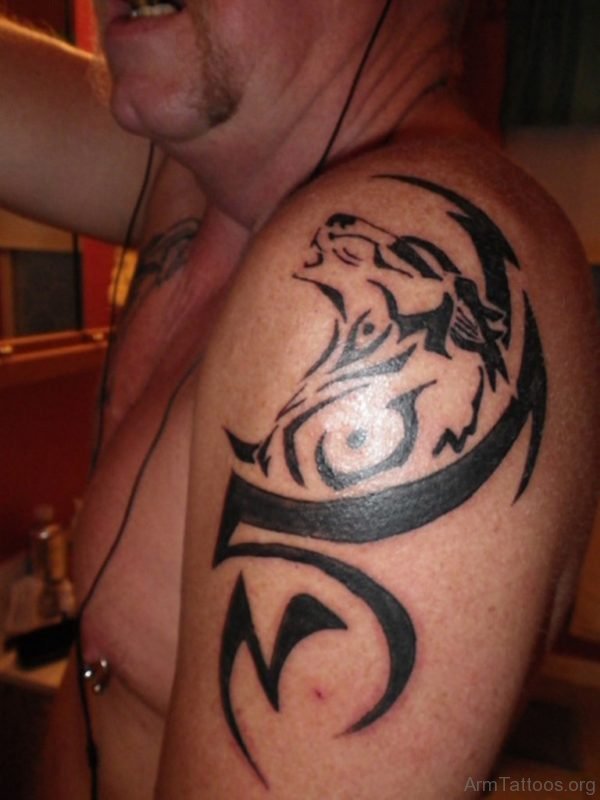 3. A watercolor tattoo of a wolf howling to a blue moon. 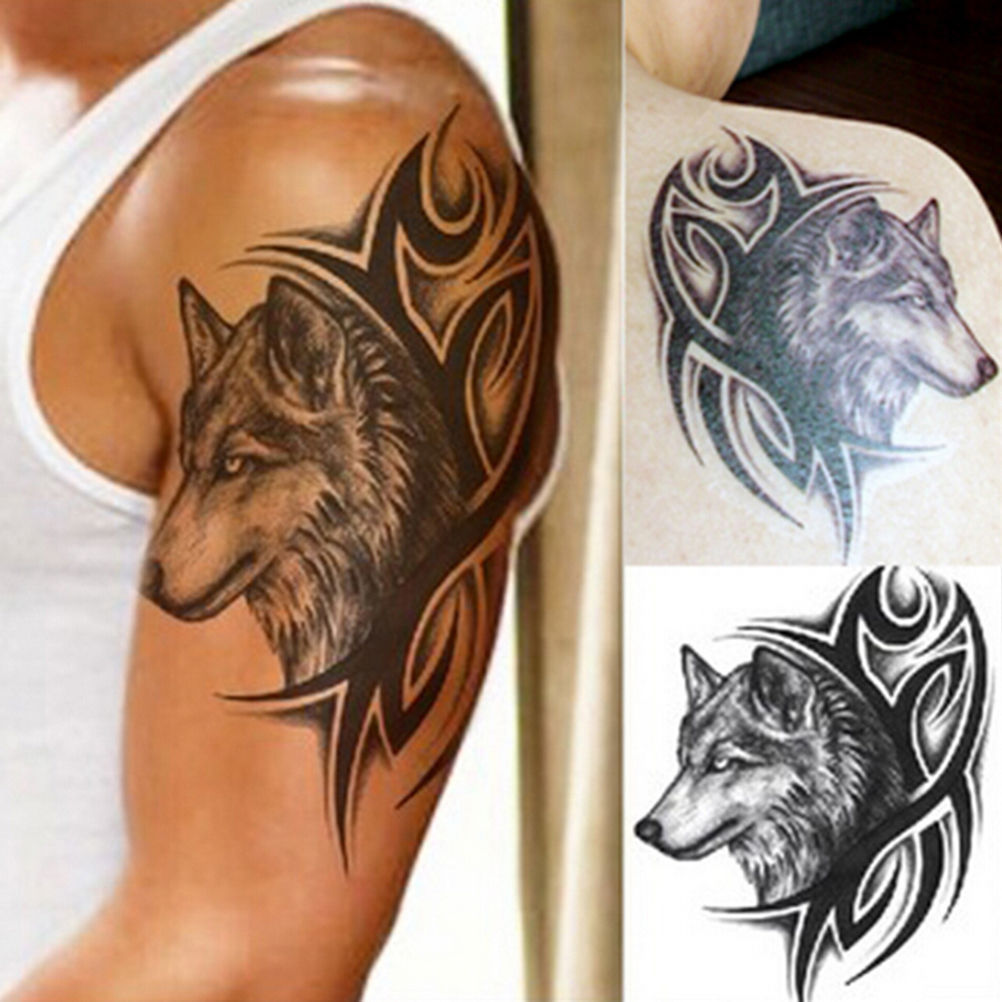 5. A large shoulder tattoo of a howling wolf with typical tribal details. 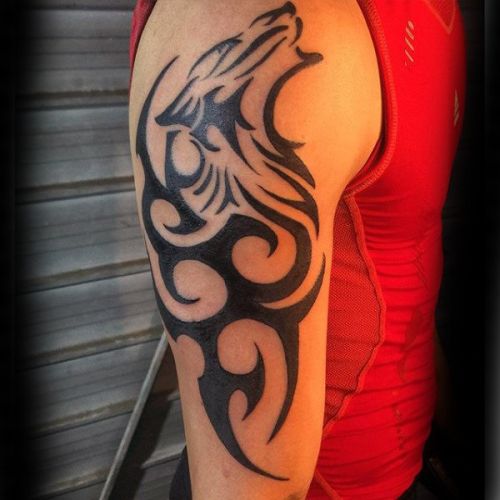 Tribal Wolf Tattoos On The Leg

1. A cool green tattoo of a wolf with a tribal-esque take. 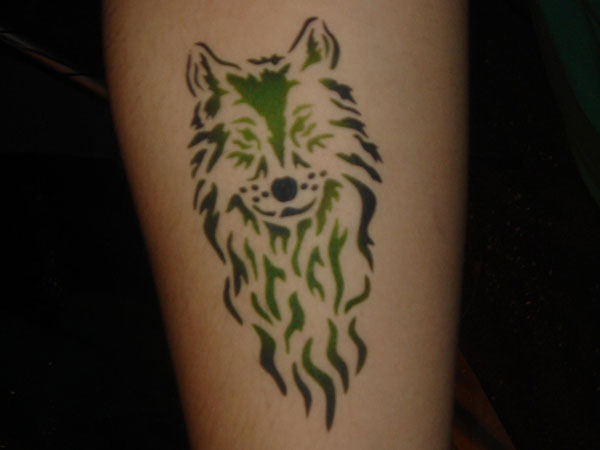 2. A beautiful drawing-like tattoo of a wolf with blue eyes and tribal patterns. 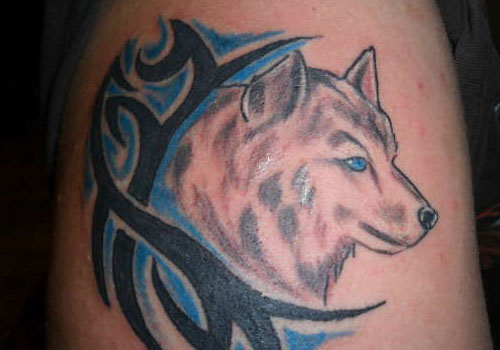 1. A small tribal wolf tattoo on the ankle. 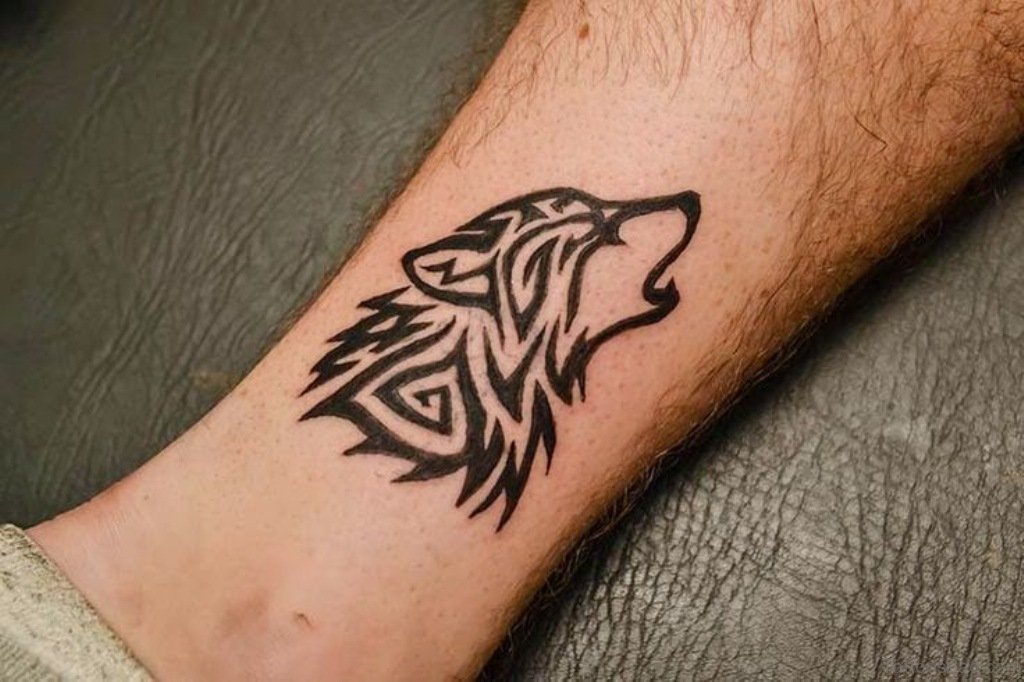 2. A small tattoo on the side of a wolf howling to a blue moon. 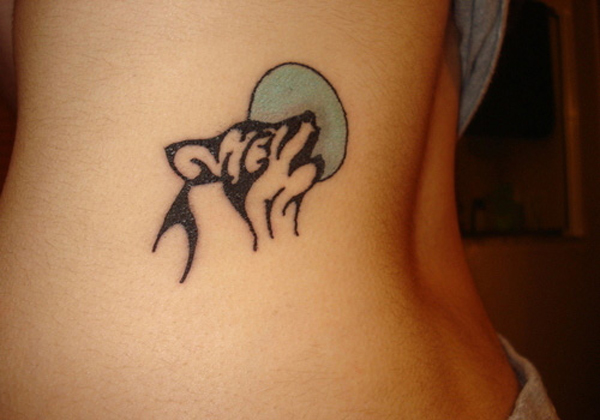 3. A tribal-detailed wolf tattoo looking at a crescent moon. 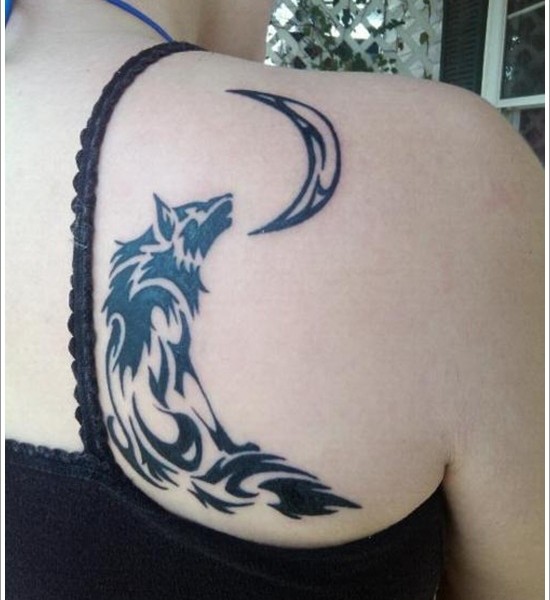